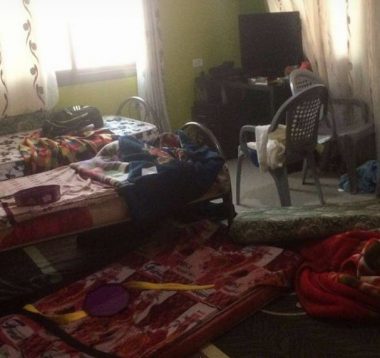 Israeli soldiers invaded, late on Wednesday at night, Ein al-Baida’ village in the Northern Plains of the occupied West Bank, before storming and ransacking many homes.

Media sources said dozens of soldiers invaded the village, before searching dozens of homes while interrogating the residents.

They added that the soldiers collected the mobile phone numbers of the families, in addition to their ID card numbers.

In Bethlehem, south of occupied Jerusalem, the soldiers invaded Teqoua’ town, southeast of the city, before breaking into and searching one home, and summoned a young man, identified as Mohammad Khaled Ta’amra, for interrogation in Etzion military base and security center, north of Bethlehem.

In related news, the soldiers abducted five Palestinians in Hebron and Jenin, and seven in Ramallah, in the West Bank.