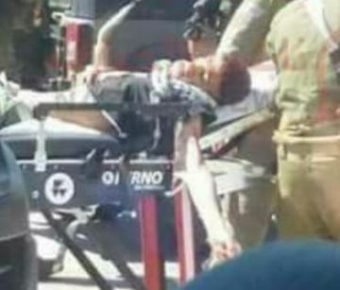 Israeli soldiers shot and seriously injured, Tuesday, a Palestinian teenager from the northern West Bank governorate of Nablus, after he reportedly attempted to stab soldiers, near a military base, close to Huwwara junction.

The Israeli army said the Palestinian “attempted to stab Israelis, but was shot by the soldiers,” before being moved to a hospital in Petah Tikva.” The army added that no Israelis were hurt in the incident.

The Palestinian teen was later identified as Amjad Maher Salah, 17, from Balata refugee camp, in Nablus. His injuries have been described as critical, while some sources said he was clinically dead.