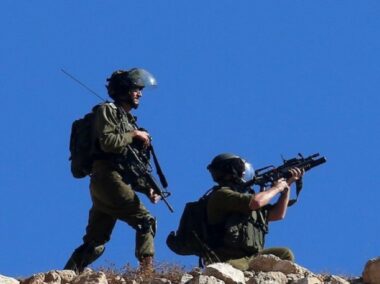 Many army jeeps invaded the refugee camp, leading to protests before the soldiers fired many live rounds, rubber-coated steel bullets, and gas bombs.

The soldiers shot one Palestinian with a rubber-coated steel bullet before the medics rushed him to a hospital in Ramallah, where his condition was described as stable.

The soldiers also stormed and ransacked many homes before illegally confiscating large sums of cash from the properties. Damage was reported due to the violent invasions and searches of the homes.

Also, the soldiers abducted four Palestinians, including a child, from the Bethlehem governorate, south of occupied Jerusalem, in the West Bank.

In Hebron, the southern part of the occupied West Bank, the soldiers abducted three Palestinians from their homes.