Army To Demolish Family Home Of Slain Palestinian Near Ramallah 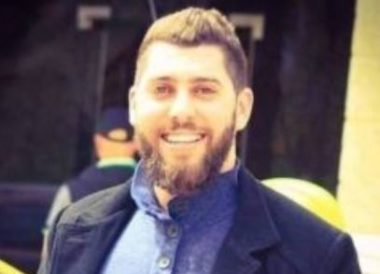 Israeli soldiers invaded, on Sunday at dawn, Kobar town, northwest of the central West Bank city of Ramallah, and handed the family of a slain son, and his detained brother, a military order for the demolition of their home.

It is worth mentioning that Omar Barghouthi received a six-month Administrative Detention order, without charges or trial.

The army claimed Saleh was allegedly “involved” in a shooting targeting colonialist settlers, in December of last year.

Furthermore, the soldiers invaded many neighborhoods in Ramallah city, and several surrounding villages and towns.

The soldiers also invaded Tal village, south of the northern West Bank city of Nablus, and installed a military roadblock in Bir al-Ghazal area, before stopping and searching dozens of cars, and interrogated many Palestinians while inspecting their ID cards.

In addition, the soldiers invaded an area, near a gas station in Azzoun town, east of Qalqilia city, in northern West Bank, and confiscated a motorcycle, after detaining its owner.