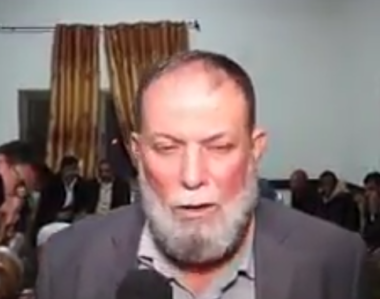 The Palestinian Prisoners’ Society (PPS) has reported that Omar was subjected to harsh interrogation methods for extended hours each time since he was taken prisoner, along with his other son Assef, after Saleh’s death by the soldiers, and later, the soldiers abducted another son, identified as Mohammad.

The PPS added that the Israeli army is subjecting the entire family of illegal acts of collective punishment, as the soldiers abducted many family members, in addition to scores of Palestinians from their town, Kobar, near the central West Bank city of Ramallah.

It is worth mentioning that Omar is a former political prisoner, who previously spent 26 years in Israeli prisons, including being held under arbitrary Administrative Detention orders, without charges or trial. He has several health conditions, and was recently admitted to surgery, prior to his abduction.

Omar’s brother, Na’el Barghouthi, is also a political prisoner who has been held by Israel since his abduction 39 years ago.