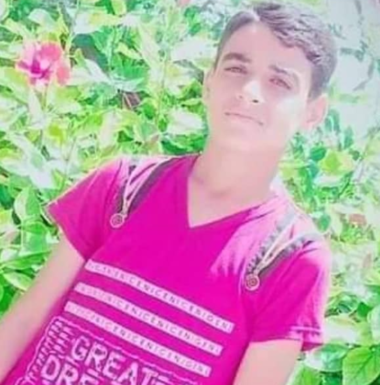 The Palestinian Health Ministry has reported that a child died, on Monday at dawn, from serious wounds he suffered on Friday January 11th, 2019, after Israeli soldiers shot him with live fire, in northern Gaza.

The Health Ministry stated that the child, Abdul-Rauf Ismael Salha, 14, was shot with a live round in the head during the Great Return March procession, east of Jabalia, in the northern part of the besieged and impoverished Gaza Strip.

It added that the child was first rushed to the Indonesian Hospital, in Beit Lahia, and was later moved to the Shifa Medical Center, in Gaza city, due to the seriousness of his wounds.

On the day of his serious injury, the soldiers killed a Palestinian woman, identified as Amal Mustafa at-Taramisi, 43, also with a live round in the head.

On Sunday, January 13, 2019, a Palestinian man, identified as Anwar Mohammad Qdeih, 33, died of serious  wounds sustained three weeks earlier, when he was shot in the neck by Israeli sharpshooters while participating in the Great Return March in Gaza.

It is worth mentioning that the army has killed a least 257 Palestinians in the Gaza Strip, including journalists, medics, children and women, since the Great Return March procession started on Palestinian Day, March 30th, 2018.

The Israeli army killed Palestinian Photojournalist Yasser Mortaja, and journalist Ahmad Abu Hussein, in the Gaza Strip, in addition to wounding dozens of journalists, in 2018.

Report: “20% Of Palestinians Injured In Gaza In 2018 Were Children”