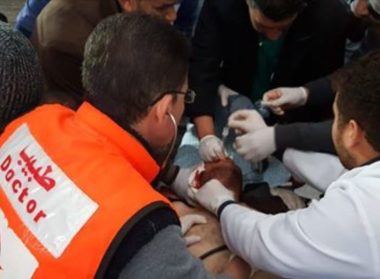 The National Gathering of Martyrs’ Families has stated in its annual report for the year 2018 that Israeli soldiers have killed 312 Palestinians, including women and children, and added that this number is four times higher than the year 2017.

Mohammad Sbeihat, the Secretary-General of the Gathering, has reported that Israel and its occupation forces are encouraged by the silence of the international community, and expressed its support of the calls of Palestinian President Mahmoud Abbas to prosecute Israel in international courts for its escalating crimes and violations.

Sbeihat added that the Gathering has thoroughly documented the Israeli violations in all governorates during the year, including reports from various human rights organizations.

The documentations reveal the following: