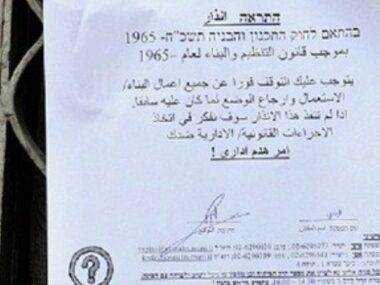 He added that the army informed the Palestinians that the structures will be demolished within 96 hours, an issue that does not give them time to file appeals.

The structures are owned by Yacoub Antari, Walid Antari, and Rami Tabari.

The army claimed the structures were not granted a permit from the “Civil Administration Office,” the administrative branch of Israel’s illegal occupation in the West Bank.