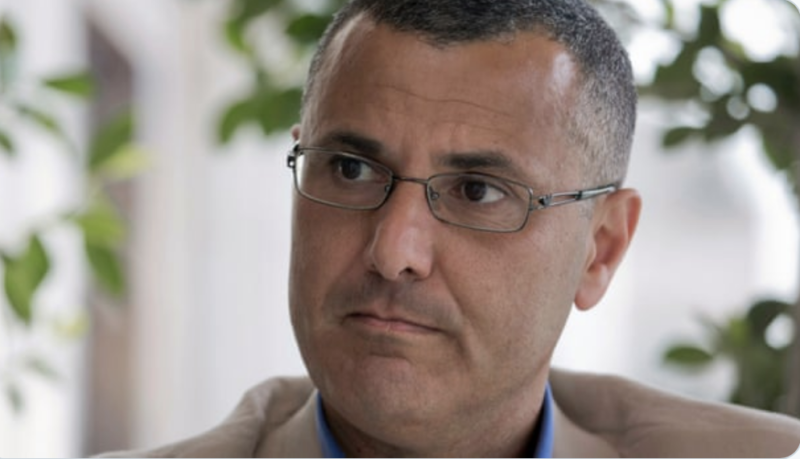 Following an unexplained, abnormal delay in his visa application, which prevented him from travelling to the UK to speak at the Labour Party Conference fringe, BDS movement co-founder has had his visa granted by the British government.

Following an unexplained and abnormal delay in his visa application, which had prevented him from travelling to the UK to speak at the Labour Party Conference fringe, BDS movement co-founder and human rights defender Omar Barghouti has now had his visa granted by the British government.

However, to Mr Barghouti‚Äôs surprise, the date stamped on the visa is 19th September 2019, two days before Labour Party Conference began. That same day, the British Embassy in Amman informed Mr Barghouti that there was ‚Äúno decision yet from London‚ÄĚ regarding his visa. The following day, the Home Office responded to an inquiry by a reporter with The Guardian saying that Mr Barghouti would ‚Äúreceive a decision shortly‚ÄĚ. Mr Barghouti was informed that a decision was made on 24th September.

Mr. Barghouti and Palestine Solidarity Campaign are calling into question why, if indeed the visa was granted on the 19th, the Home Office wasn‚Äôt aware of the decision on 20th September, and why Mr Barghouti was given contradicting information.

This revelation comes after delegates at the Labour Party conference overwhelmingly passed a motion on Monday reaffirming Labour‚Äôs support for Palestinian rights including their ‚Äúcollective rights to self-determination and to return to their homes‚ÄĚ. The motion also commits the Party to apply international law to all trade with Israel, including to stop all arms trade with Israel that is used in the violation of Palestinian human rights.

Accusing the British government of ‚Äúcomplicity‚ÄĚ in Israel‚Äôs repression of Palestinian voices and refusing to be silenced, Mr Barghouti ultimately spoke via video link to a packed conference fringe meeting organised by Palestine Solidarity Campaign. The meeting featured Diane Abbott MP and Lisa Nandy MP. PSC is demanding an apology from the Home Office and an immediate explanation for the disruptive delay in communication.

This entirely unjustified restriction on Mr Barghouti‚Äôs freedom of movement is part and parcel of the growing efforts by Israel and its allies to suppress Palestinian voices and the movements for Palestinan rights. This crackdown coincides with rapid growth in support for the Palestinian-led, anti-racist BDS movement and its goals in the UK and globally.

PSC will now be inviting Mr Barghouti to come to the UK to speak at alternative events, including speaking in the UK Parliament.

This repressive delay by the British government in issuing my visa was intended to silence yet another Palestinian voice. Israel‚Äôs far-right apartheid regime has desperately outsourced its war on the nonviolent, anti-racist BDS movement for Palestinian rights to its anti-democratic allies in the UK, the US and elsewhere. But they have failed to silence me, and they will surely fail in stopping our human rights movement from continuing to grow its impact and its principled, intersectional partnerships with movements across the UK fighting for social, economic, gender and climate justice.

I am very concerned by the unexplained discrepancy between when Mr Barghouti‚Äôs visa was apparently approved and when he was told that it had been approved. The UK authorities knew he needed the visa to attend the Labour Conference so this really is not good enough. I will be tabling a Question in Parliament to the Home Secretary.

The Government must account for what looks like a deliberate attempt to delay the processing of Omar Barghouti‚Äôs visa to prevent him speaking at the Labour Party conference. The government should be holding Israel to account for its assaults on the collective rights of Palestinians, not colluding with its attempts to suppress the voices of Palestinians campaigning peacefully for their inalienable rights. Now his visa has been granted we will ensure Mr Barghouti is given a platform to speak in person in the UK, including in parliament.

« Amazon, Israel, and the Occupation of Palestine South African Amabassador: UN Did Not Implement Any Of Its Resolutions On Palestine »