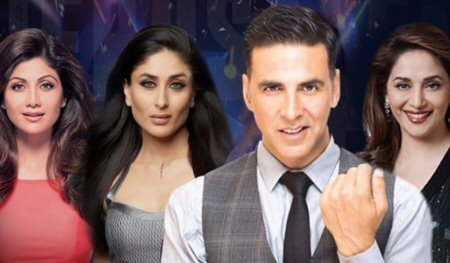 Four famous Bollywood actors are due to perform in apartheid Israel. The event has been postponed once already. This is our chance to get it cancelled altogether.

Last year, on a propaganda trip to Mumbai, Michael Oren, as a senior representative of the far-right Israeli government, urged Bollywood producers to invest in Israel. He admitted, according to Al Jazeera, that the aim of his visit was to “fight BDS”.

Earlier this year, while in Mumbai himself, Israeli prime minister Netanyahu said, “We want Bollywood in Israel”.

Bollywood’s multi-billion-dollar film industry is the largest in the world.

Israel’s overtures are aimed at exploiting Bollywood’s enormous fanbase and its stars’ media profiles to distract from and art-wash Israel’s war crimes and violations of Palestinian human rights. This is happening at the same time as Israeli arms sales to India have reached new heights.

This year alone, Hollywood figures like Mark Ruffalo, Viggo Mortensen, Danny Glover and John Cusack have stood up for artists who respected the Palestinian call for the cultural boycott of Israel, against the bullying tactics of Israel and complicit institutions.