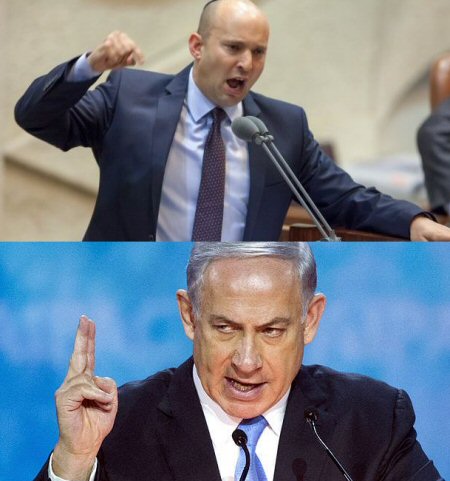 Israeli right wing Education Minister Naftali Bennett called on Israel to terminate the transfer of tax revenue to the Palestinian Authority (PA), in response to both Palestine’s new membership in the INTERPOL and to the current reconciliation process between Hamas and the PA.

In yet another extremist statement, he said that, “Israel must stop acting as [an] ATM for terrorism…This isn’t a Palestinian reconciliation, but rather Mahmoud Abbas cozying up to a murderous terror organization,” adding that “Transferring funds to a Hamas government is like Israel transferring money to ISIS in return for the cash. We’ll get missiles fired at us.”

This is not the first time Bennett has made extremist right wing statements, according to the PNN, as he previously said that more people should have been “eliminated” in the war on Gaza, calling them “terrorists”.

Bennett said that three conditions would be set as conditions for continuing to transfer funds to the PA, including the return of two bodies of Israeli soldiers killed in the 2014 war on Gaza. Bennett is expected to bring up these demands in the upcoming cabinet meeting.

Netanyahu spoke at a Likud meeting in Ma’aleh Adumimin settlement block where he described an  “imaginary appeasement where the Palestinian side is reconciling at the expense of our existence,” adding that anyone who discusses a peace process must recognize Israel as a “Jewish” state.

He explained, “Whoever wants to reconcile, our position is very simple, Recognize the state of Israel, dismantle Hamas’ military wing, cut ties with Iran that calls for our destruction, these are very clear things that we have previously and clearly stated.”

Netanyahu’s remarks came just hours after Bennett’s call for the halt of the revenue transfer.