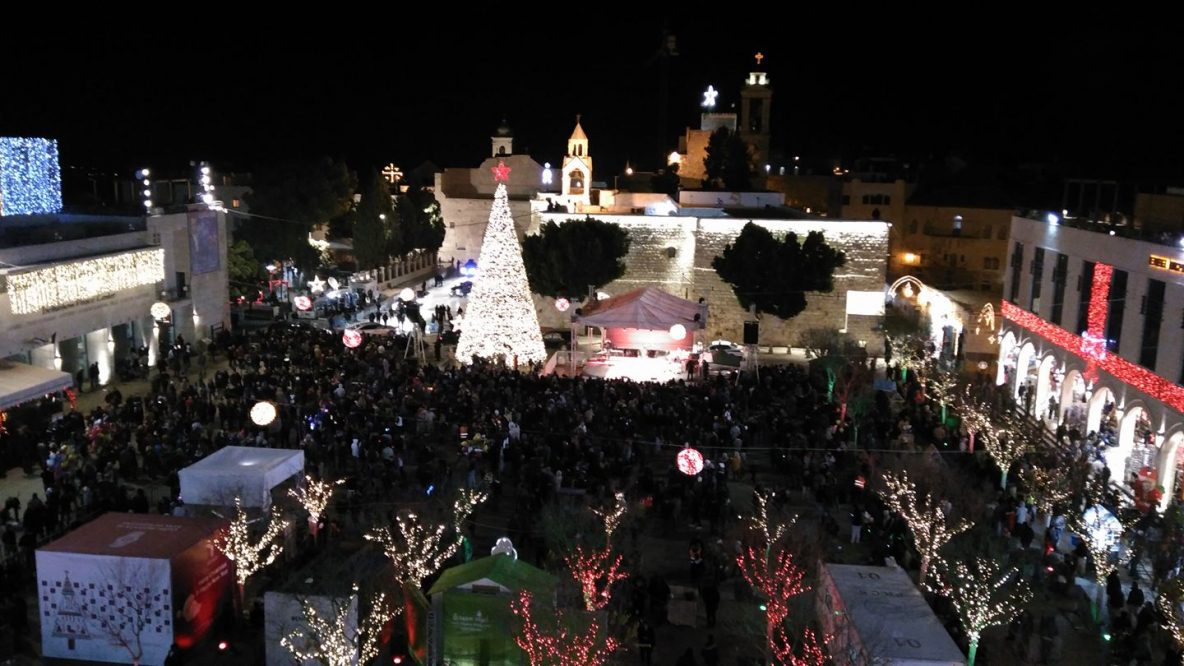 Thousands of Palestinians and international visitors joined the celebration at the Manger Square outside the Church of Nativity in Bethlehem city, southern West Bank.

Boy-scouts musical bands preformed as people gathered at both sides of the square. At around midday Pierre Batista Pizzaballa, Apostolic Administrator of the Patriarchate of Jerusalem, arrived at the church and was welcomed by Mayor of Bethlehem, Vira Baboun and Palestinian security and civil officials. On the evening local and international musical bands preformed at the stage setup for the Christmas celebrations outside the Church of Nativity. “We are invited to start a new journey, we all became victims of these days growing sense of no security and confidence, hopes thwarted repeatedly, and violence continues as many speeches that has no real actions just made people to hunker down behind their doors.”  Patriarchate Pierre Batista Pizzaballa said during his speech during the midnight service.

He concluded “”Christmas comes with a message of joy and peace for who have good will in their hart, we can replace the hostile ideology with the logic of brotherhood and love.”