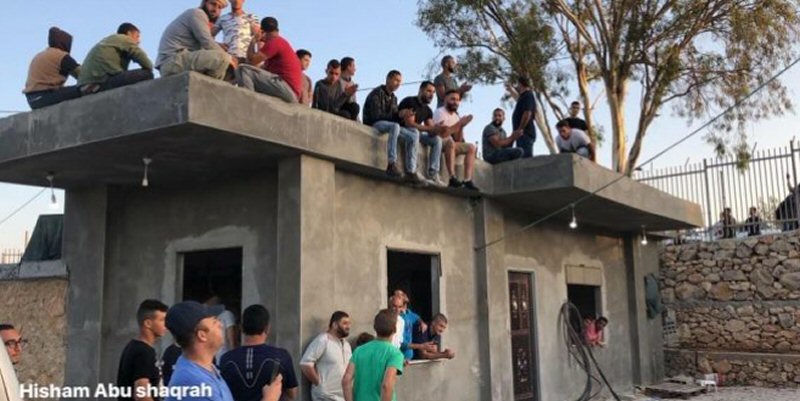 A number of Palestinian citizens were injured after they stood up to the Israeli army’s attempts to demolish four houses in al-Walaja village, west of Bethlehem. Eventually, the army demolished two out of four houses.

Local sources in the village said that the residents gathered in two houses, early Monday, and tried to stop Israeli soldiers who stormed the village with large forces and besieged a number of houses placed under under notification for demolition, yesterday.

A number of citizens were reportedly injured after a large army force stormed the houses where they were barricaded and fired live bullets, rubber-coated metal bullets and gas bombs at citizens, forcing them to leave the houses.

Local sources in the village said that Israeli occupation forces prevented ambulances belonging to the Palestinian Red Crescent Society from entering the village, and prevented journalists and the media from reaching  the scene, forcing ambulances to try to enter the village from secondary roads in order to reach the injured.

Hundreds of Israeli civilians also stormed a house, from dawn until morning, and chanted national slogans condemning the occupation, stressing the adherence of the people to their national rights. Hundreds of Israeli soldiers and border guards broke into the house and fired bullets, sound bombs and gas and forced the residents to leave the house.

Local sources pointed out that the demolition order says the homeowners should demolish the homes by themselves, and, if they don’t, occupation authorities will do so at the expense of the homeowners.