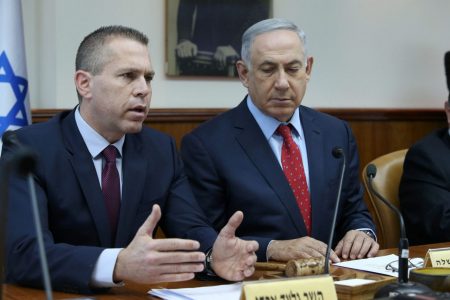 This new database is consistent with the Israeli government’s ongoing efforts to suppress the BDS movement for Palestinian rights, precisely because support for the movement is growing both inside Israel and around the world. This new database targeting Israeli citizens who support BDS is in addition to another database that the Israeli government is already preparing, which targets BDS supporters from other countries, and which a recently-passed Israeli law seeks to use to bar international supporters of Palestinian rights from entering into Israel and occupied Palestinian Territory. It’s also in addition to a law passed in 2011 that allows civil suits to be filed against Israeli citizens who call for boycotts related to Israeli human rights abuses. Now, the Israeli government seeks to further repress Israeli citizens for their political thought and human rights work.

It is not at all surprising that Mr. Erdan and his government should spy on Israeli citizens, whether Jewish or Palestinian, or set up a database of those supporting BDS in order to target anyone working for the freedom, justice and equality of Palestinians. Support for the BDS movement has been growing around the globe in recent years, as more and more people recognize the brutal reality of Israel’s apartheid regime and nearly 50-year-old military occupation of Palestinian lands. Israel’s repressive efforts to suppress the BDS movement further illustrate the justice of our cause and will thus only strengthen worldwide support for our nonviolent struggle for our freedom and rights.

The Palestinian BDS National Committee (BNC) is the largest coalition in Palestinian civil society that leads and supports the global Boycott, Divestment and Sanctions movement.