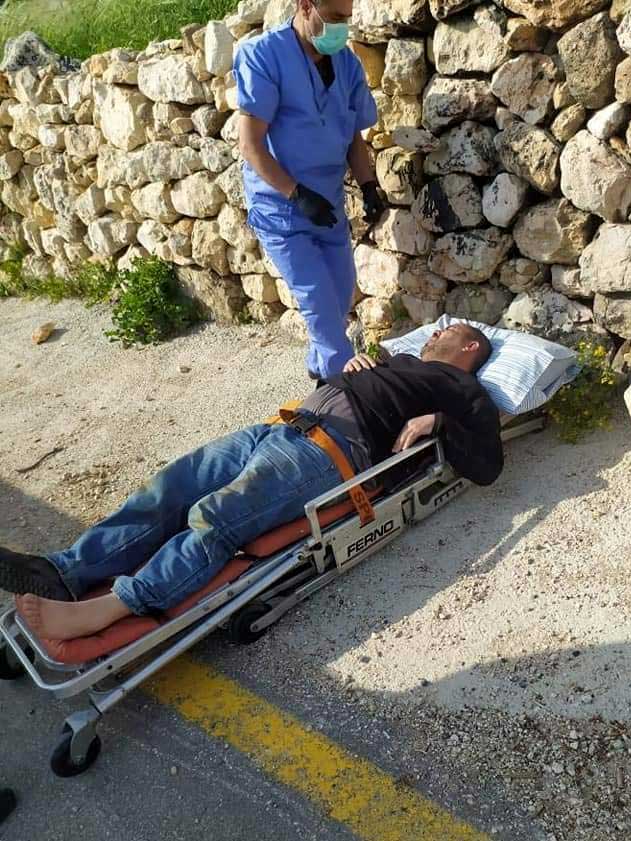 Since the start of the corona crisis, Israeli settlers have ramped up attacks against Palestinians throughout the West Bank, with full state backing.

The attacks have increased despite the movement restrictions, lockdowns and social distancing measures introduced to battle the pandemic. During the first three weeks of this month (through 22 April), B‚ÄôTselem documented 23 settler attacks against Palestinians.

In all of March, 23 incidents were documented, 11 of them after the severe restrictions on movement and social gatherings were imposed (mid-March).

In comparison, 11 attacks were recorded in January and 12 in February. In these violent incidents, settlers, some of them carrying firearms, physically assaulted Palestinians with the aid of clubs, axes, electroshock weapons, stones and assault dogs, in some cases causing severe injury.

These routine acts of harassment and vandalism are not included in the above data.

In a 13 April incident widely reported by Israeli media, a group of settlers sent by the authorities to self-isolate near a popular hiking spot along the northern Dead Sea (Metzoke Dragot) attacked Palestinians and torched their cars.

Yet this was just one of eight physical assaults against Palestinians in the first three weeks of April. A particularly serious incident took place on 16 April, when brothers ‚ÄėIssa and Musa Qatash from al-Jalazun Refugee Camp were attacked by settlers while out for a walk in their family plots near the village of Jibya.

The brothers were beaten so severely that they required medical attention.

The assault on ‚ÄėIssa Qatash was prolonged and resulted in a fractured bone in his leg and two broken front teeth. The settlers also spat at Qatash, which forced him to enter isolation in a Palestinian Authority facility for fear of corona infection, keeping him away from his family for several days after the traumatic event. He was released on 22 April and is now self-isolating at home.

‚ÄėIssa Qatash described the terrifying moments he endured in a testimony he gave to B‚ÄôTselem field researcher Iyad Hadad on 18 April:

I could barely protect my head and face from the blows. Someone hit me hard on the mouth and I could feel my front teeth break. Blood started trickling into my mouth and down my face. I shouted and cried out: ‚ÄúFor God‚Äôs sake, what did I do to you? Do you have no mercy? You‚Äôre killing me. Have mercy.‚ÄĚ But none of them listened. At some point, I collapsed. I had no strength left. Then they tied my hands behind my back with some rope. The armed settler pointed his gun at my head and cocked it, as if he was going to shoot me in the head. I started reciting the ‚Äúshahada‚ÄĚ over and over: ‚ÄúThere is no God but Allah and Muhammad is his prophet.‚ÄĚ I thought my time had come to die.

They kept on beating me and swearing at me, and threatened to kill me. Then they pulled me up on my feet. I could barely walk and it felt like my left leg was broken, but they forced me to walk. They led me, limping, through the wild oats, rocks, bushes and thorns. Every now and then I fell down, but they pulled me back up and forced me to keep walking. I was in a terrible state, bleeding from the mouth and hardly able to open my eyes, which were swelling up with every step I took. My throat was dry and I felt like I was dying of thirst. Psychologically, I was broken. It was a terrible situation, only God can imagine it. They kept slapping and kicking me and swearing at me the whole way. They spat on me, too.

In most of the other incidents this month, settlers violently drove Palestinian farmers and shepherds out of pastureland, prevented access to farmland and damaged crops.

These actions are part of a joint strategy by the settlers and Israeli authorities to systematically block Palestinian access to land ‚Äď one acre, field, fertile plot, grove or pasture at a time ‚Äď for decades on end, and take effective control of it.

This way the state transfers the means of livelihood of Palestinians into the hands of Israelis. Settler violence is the state‚Äôs unofficial, privatized arm that serves to gradually achieve this goal.

The state‚Äôs full support for this violence is evident in the actions of Israeli security forces on the ground.

Five of eight attacks on Palestinian homes in March occurred in the presence of soldiers, who not only allowed the settlers to do as they pleased but took action against Palestinians trying to protect their families and homes.

Similar incidents occurred in April, with soldiers firing rubber-coated metal bullets and tear gas canisters at residents, as has happened in the villages of Qusrah and a-Shuyukh on 6 April.

In the Qatash brothers‚Äô case, after the assault, the settlers handed ‚ÄėIssa Qatash over to soldiers, who did not give him any medical assistance or help him get back to his family. Instead, they simply abandoned him in the field with a fractured leg.

For years, Israel has allowed settlers to attack Palestinians and damage their property virtually unimpeded, as a matter of policy. This includes provision of military protection for the attackers, and in some cases soldiers‚Äô active participation in the assault.

The police, meanwhile, hold back from enforcing the law for the offenders. This is part of Israel‚Äôs strategy to encourage the dispossession of Palestinians from growing areas throughout the West Bank, which paves the state‚Äôs way to take over more land and resources.

The fact that this violence has exacerbated during a global pandemic adds another layer of brutality to Israel‚Äôs policy.