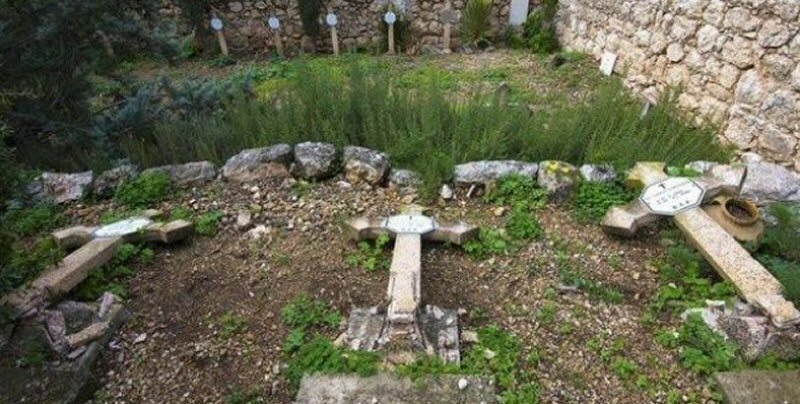 Ha’aretz Israeli newspaper, on Thursday, reported that about 30 graves were vandalized two weeks ago, in the cemetery of Beit Jmal monastery, near Jerusalem.

The monastery monks discovered the destruction of the tombs yesterday, saying the concrete crosses on the graves were taken down.

The old cemetery is located about half a kilometer from the monastery building, so people do not visit it often. After the monks discovered the vandalism, monastery officials filed a complaint with Israeli police.

In an interview with Haaretz, Father Antonio Scududo estimated that this work took time, effort and even the use of tools, because all the crosses were cast concrete. “I do not know who did it, as it seems,” he said.

For its part, the Christian Islamic Commission for the support of Jerusalem and holy sites today condemned  the attack on the cemetery of the monastery, desecration of the sanctity of graves and religious symbols inside the cemetery, and breaking the tombstones and the number of 27 crucifix concrete.