House, Retaining Walls to be Demolished near Bethlehem 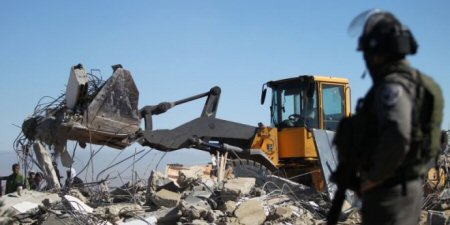 Israeli occupation authorities, on Thursday, notified Palestinians in Al-Walajeh village, near occupied Bethlehem, about their intention to demolish a house and retaining walls in the village, according to local sources.

Ibrahim Awadallah, a local rights activist, told WAFA that the Israeli army, accompanied by staff from the Israeli municipality of Jerusalem, broke into the village and served notices regarding the imminent demolition of the house and the walls, which belong to local citizens.

Israeli authorities claimed that the demolition would take place on the ground, that the house and the walls were built without Israeli construction permits.

In recent years, Israeli occupation authorities have demolished hundreds of homes in the occupied West Bank and East Jerusalem, on the grounds of lacking an Israeli construction permit, which is almost impossible to obtain for Palestinians under current Israeli policies.