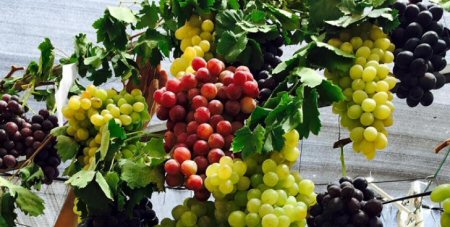 Israeli settlers, on Tuesday, cut down 700 grape trees planted in Halhoul, to the north of Hebron.

According to orchard owners, brothers Maher and Ismail Karja, Israeli settlers cut a total of 400 grape trees; 200 of each. The other 300 were owned by Younes Abu Arish and Walid Duhdel; 100 and 200, respectively.

The farmers said the trees were cut around dawn using an electric chainsaw, according to WAFA.

Israeli settlers, last week, cut down 300 grape trees in the Umm Sahali area, near the town of Halhoul. The trees were owned by Jahshin family.