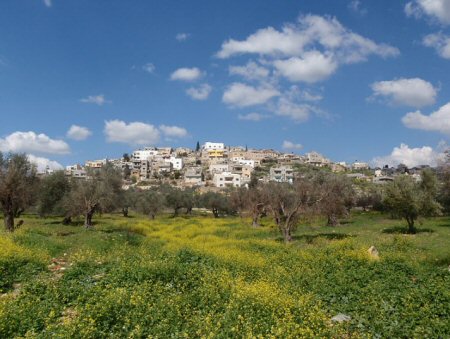 A number of extremist Israeli settlers forced their way, early Sunday, into the village of Awarta, to the south of the northern West Bank city of Nablus, and performed Jewish religious rituals, according to a local official.

Hisham Awad, head of village council, told WAFA that a number of settlers broke into the village after midnight under heavy Israeli army protection and performed rituals at a site they claim is holy to them.

Village residents were forced to stay indoors as the settlers performed their rituals.

Awarta, which is less than eight kilometers from Nablus, has 14 historic sites, 11 in the village and three on the outskirts, most of them sacred to Muslims, said Awad.

Meanwhile, and not far from Awarta, Jewish settlers attacked a Palestinian commuter travelling on a road south of Nablus, according to Palestinian security sources.

They said that settlers from the illegal settlement of Yitzhar attacked a Palestinian car with stones. Four passengers were injured and were admitted to hospital in Nablus for treatment from bruises and cuts as a result of broken glass.