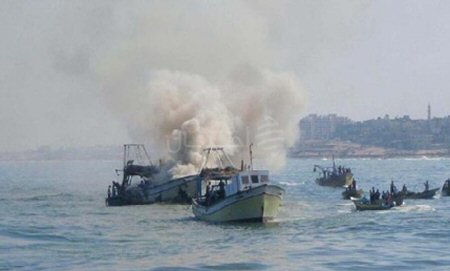 The Israeli navy has reportedly detained six Palestinian fishermen off of the Dier al-Balah coast, in central Gaza.

The fishermen’s syndicate said that navy  raided the men’s boat and took the six fishermen into custody.

The boat was then taken to Ashdod seaport, according to Al Ray. No further details were given.