Corpse of Palestinian Found Under Rubble Of Bombarded Building In Gaza 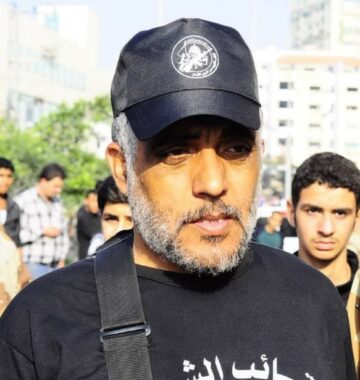 Medics and rescue teams located, on Monday evening, the corpse of a Palestinian who was killed by Israeli missiles, during the recent Israeli offensive on the Gaza Strip.

The Health Ministry in Gaza said the corpse of Walid Shamali (Abu Bilal) was found under the rubble of a bombarded building in the Sheja’eyya neighborhood, east of Gaza city.

The Al-Qassam Brigades, the armed wing of Hamas, said Walid was one of its senior leaders.

In related news, the Israeli army continued the closure of Karem Abu Salem (Kerem Shalom) Crossing for the twentieth consecutive day. The crossing is the only commercial terminal leading to Gaza.

On May 21st, the Health Ministry in Gaza said 243 Palestinians, including 66 children, 39 women, and 17 elderly were killed by Israeli missiles and shells during the eleven-day Israeli offensive, and added that 1910 Palestinians were injured, among them 560 children, 380 women and 91 elderly.

The United Nations Relief and Works Agency (UNRWA)said the Israeli missiles displaced more than 75.000 Palestinians, including 28.700 who sought shelter in UNRWA-run schools.

Three mosques were destroyed, in addition to 40 mosques and one church that were severely damaged by Israeli missiles and shells.

The number of homes and residential towers that were destroyed is 205, in addition to 33 media agencies, while many other buildings, housing institutions, and societies were partially damaged.

68 schools and clinics were severely or partially damaged by Israeli missiles, in addition to 490 farms, barns, wells, water networks, and agricultural pools, that were damaged.