Crisis Point Reached in Gaza Hospitals Due to Fuel Shortage 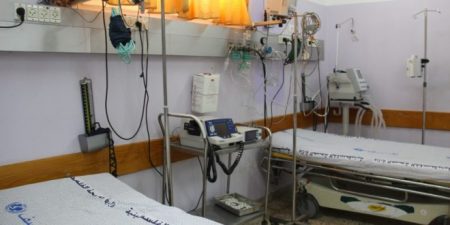 Medical Aid for Palestinians (MAP), on Tuesday, called upon the UK government to help ensure that the lives of Palestinians in Gaza are not put at greater risk as a result of the critical lack of fuel, there.

In a statement issued on Thursday, the Palestinian Ministry of Health announced that the fuel at its disposal to run generators at hospitals and other medical facilities will deplete in about one week. There is a tangible risk of operating theatres and hospital departments having to close, endangering the lives of patients.

Fikr Shalltoot, Director of Programmes for MAP in Gaza warned: “The lack of fuel at Gaza hospitals is as dangerous as the lack of life-saving drug items. The absence of either one will cause the death of seriously ill patients.”

“Most at risk are the lives of seriously ill patients in intensive care, and in neonatal and kidney dialysis units which lack the fuel to keep their ventilators and hemodialysis equipment running.”

MAP, a British humanitarian and development organisation, is calling on the UK government and the international community to urgently intervene, to avert the worsening crisis. In the immediate and short term, adequate emergency funding for fuel must be delivered to Gaza to sustain Gaza’s already overstretched health services.

PNN further reports that chronic fuel shortages mean that the only power plant in Gaza is only able to operate at or below half capacity. Hospitals, therefore, usually receive between eight to 12 hours of mains electricity per day.

Electricity outside of these hours must be provided by generators, fuel for which is dangerously close to depletion. The constant fluctuations in the power supply have, furthermore, resulted in damage to sensitive medical equipment such as X-rays, neonatal incubators and cardiac monitors.

The root causes of the crisis are the decade of closure and blockade imposed by Israel, and the ongoing separation of the occupied West Bank and Gaza. The international community is being urged to prioritize efforts to resolve these issues, and the 50-year occupation of which they are components, in order to resolve the long-term humanitarian crisis affecting Gaza.

The World Health Organisation has led a call from agencies working on health issues in Gaza for international assistance to alleviate the crisis.