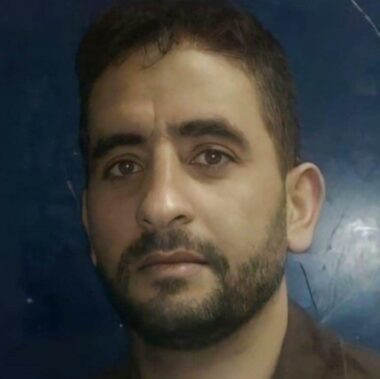 Palestinian political prisoner, Hisham Abu Hawwash, 40, is ongoing with the hunger strike he started 117 days ago, protesting his continued and arbitrary Administrative Detention, despite his serious condition.

The detainee is protesting the continued Administrative Detention without charges or trial, demanding to be released.

His lawyer, Jawad Boulus of the Palestinian Prisoners Society (PPS), said Abu Hawwash has constant pain, cannot sleep, in addition to being dizzy and unable to walk or even stand for a few seconds, in addition to having to use a wheelchair if he leaves his bed, and is frequently vomiting.

It is worth mentioning that, a day earlier, an Israeli court decided to delay the deliberations regarding his detention, after requesting detailed medical reports from an Israeli hospital, to determine whether he should stay there or be returned to his cell.

The court hearing is now scheduled for Sunday; the detainee was transferred, two days ago, to Assaf Harofeh Israeli medical center, after his lawyer repeatedly requested the transfer.