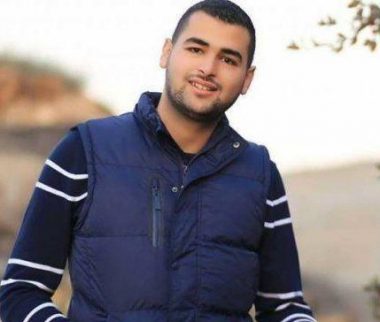 The Palestinian Prisoners’ Society (PPS) has reported, Thursday, the Omar Hasan al-Kiswani, the head of the Students’ Senate in Birzeit University in central West Bank, started the hunger strike three days ago, protesting his detention and lengthy interrogation without charges.

Al-Kiswani is held at the al-Maskobiyya interrogation center, in Jerusalem, and has been subject to abuse, torture and lengthy interrogations up to 18 hours a day.

Lawyer Ma’moun al-Hasheem of the PPS, said the detainee informed an Israeli judge about his hunger strike, and the reasons for holding it.

The court issued an order denying al-Kiswani from meeting with his defense attorney until March 26th, while he remains under interrogation.

Ma’moun stated that the court ordered al-Kiswani any further interrogation for seven more days, without allowing him any legal representation under the pretext of “having a secret file against him.”

It is worth mentioning that al-Kiswani was kidnapped by undercover Israeli soldiers on March 7th, after the officers infiltrated into Birzeit University campus.