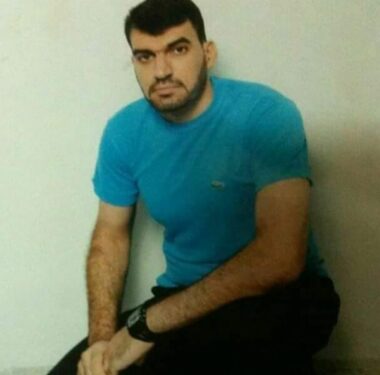 The Commission of Detainees and Ex-Detainees has reported that a Palestinian detainee, identified as Emad Rabay’a, is facing a serious health condition at the Negev Desert detention camp.

The commission stated that Rabay’a, 43, from Methaloon town, south of the northern West Bank city of Jenin, started facing a deterioration in his health in November of last year; however, the Israeli Prison Authority kept delaying providing him with medical attention, and refused to have him examined by a specialist until February of this year.

After several medical tests, the detainee was diagnosed with vasculitis, and received some doses of cortisone, which also caused further complications, including pain, red pimples, and high fever, which requires him to be seen by a specialist, however, the prison authority in denying him that right.

It is worth mentioning that Rabay’a, a married father of two, was taken prisoner on July 21, 2002, and was sentenced to 23 years in prison.

In related news, the Israeli authorities transferred a detainee, identified as Imad al-Batran, 47, who began a hunger strike 40 days ago, from Kaplan Israeli Medical Center to solitary confinement in Nitzan prison, despite his deteriorating health condition.