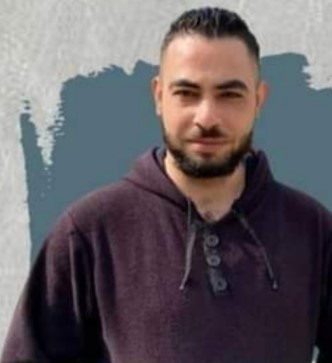 Palestinian political prisoner, Raed Rayyan, held by Israeli under the arbitrary Administrative Detention orders without charges or trial, is continuing the hunger strike for the 86th day, protesting his continued imprisonment.

Rayyan, from Beit Doqqo village, northwest of occupied Jerusalem, is currently held at the infamous Ramla Prison Clinic, which lacks physicians and basic supplies, and is facing a serious deterioration in his health.

The Palestinian Detainees Committee said that Rayyan suffers a dangerous weight loss, dizziness, fatigue, repeated vomiting, and a dangerous deficiency in vitamins, proteins, and minerals, in addition to pain in various parts of his body.

The Committee added that the detainee is subject to repeated violations and attempts by the prison administration to force him to end the strike, but he remains determined to continue.

Israeli is holding captive at least 4600 Palestinians, including about 682 who are held under the arbitrary Administrative Detention orders, in addition to 7 Legislative Council Members, 170 children, and thirty-two women.

The Israeli occupation authorities have issued more than 54000 Administrative Detention orders against the Palestinian detainees since 1967.

There are also five hundred ailing detainees, including fifty in serious conditions requiring constant care and many with cancer, kidney diseases, and other conditions.