Support is growing for the Palestinian civil society call for a boycott to pressure Israel to respect Palestinian human rights.

As part of those attempts, a group called “Creative Community for Peace” (CCFP) is lobbying artists to perform in Israel. CCFP claims to be an entertainment industry organization advocating for artistic freedom and building bridges. 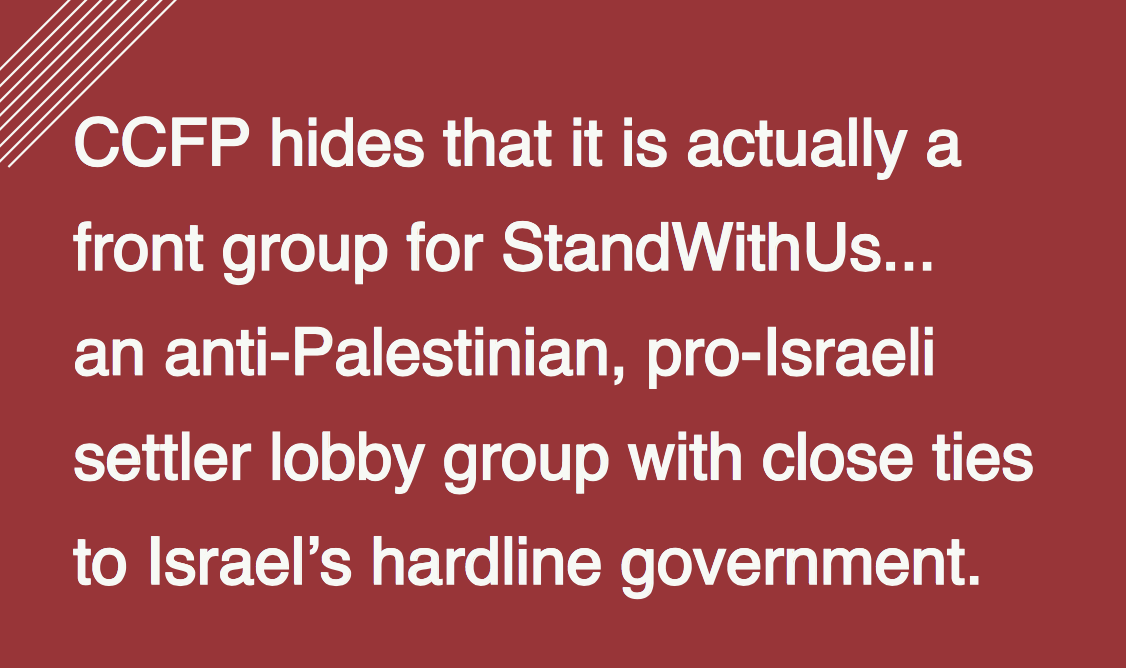 But CCFP carefully hides from artists that it is actually a front group for StandWithUs (SWU), a long-established right-wing, anti-Palestinian, pro-Israeli settler lobby group with long-time ties to Israel’s far-right government.

Examples of SWU and CCFP‘s history of partnership with the Israeli government include convening an organizing meeting with Israeli government officials and music industry executives, and producing a pro-settler video series with Israel’s Ministry of Foreign Affairs. SWU even announced they were awarded a grant from Israel’s Prime Minister’s Office.

SWU and CCFP also regularly echo the Israeli government’s racist positions, dehumanizing all Palestinians. CCFP never speaks out against Israel’s growing repression of both Palestinian and Jewish Israeli cultural workers who are critical of the State. 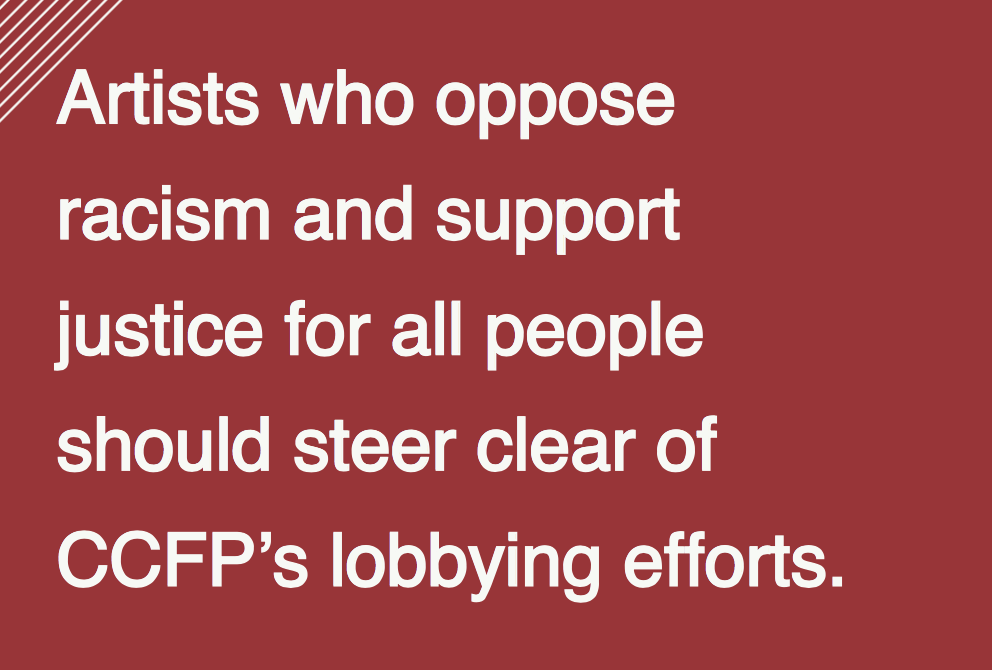 CCFP is no supporter of racial and social justice. A key SWU partner is Christians United for Israel (CUFI), headed by the homophobic, racist and sexist pastor John Hagee. In a confidential, leaked 2018 report, CCFP depicted movements for social justice as a dire threat to Israel. It claimed that support for intersectionality – which attempts to identify how interlocking systems of power impact those who are most marginalized – is allowing Palestinian rights groups, to “hijack other political movements, Black Lives Matter (BLM) and feminist groups in particular.”

In their confidential report, CCFP did accurately characterize the boycott movement as “constantly growing and changing, developing new and innovative tactics to reach artists.”

Artists who support justice for all and oppose racism in all forms should be aware of CCFP’s deception and steer clear of its lobbying agenda.