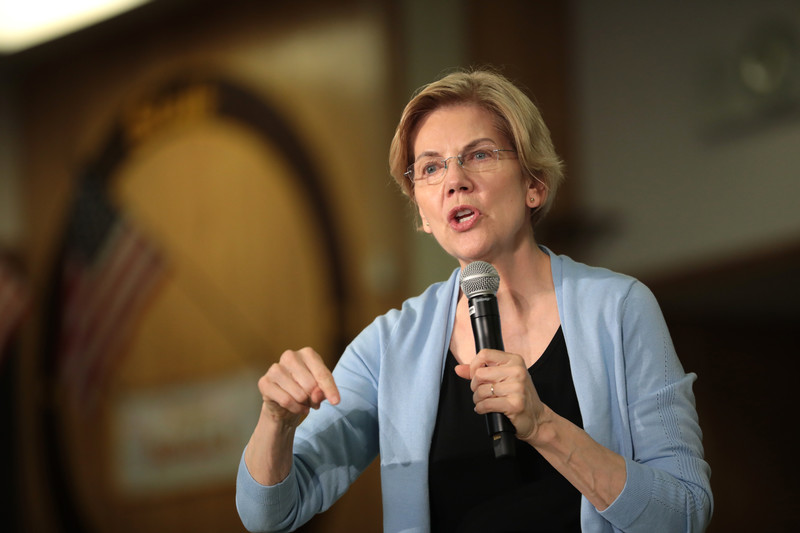 by Ali Abunimah, for Days of Palestine

Democratic presidential hopeful Elizabeth Warren has made her clearest statement on how she would approach Israel’s decades of occupation and oppression of Palestinians.

It is arguably a microscopic improvement from previous positions.

But that’s not saying much, because those amounted to fleeing hard questions, as she did when confronted about Israel’s massacre in Gaza in 2014.

At best Warren’s approach amounts to a return to President Barack Obama’s policy of enabling Israel’s rampant crimes while paying lip-service to “peace.”

The Massachusetts senator lays out her foreign policy in a Q&A with the Council on Foreign Relations, a think tank that reflects the interests of US elites.

The think tank asks Warren, “Do you support a two-state solution to the Israeli-Palestinian conflict and, if so, how would you go about trying to achieve it?”

She begins with feel-good pablum about how “I believe in the worth and value of every Israeli and every Palestinian.”

“The way we respect all parties is through a two-state solution – an outcome that’s good for US interests, good for Israel’s security and its future, and good for Palestinian aspirations for dignity and self-determination,” Warren adds.

She also endorses “an end to the Israeli occupation and the creation of an independent and sovereign Palestinian state in the West Bank and Gaza Strip living alongside Israel.”

She does not mention the right of Palestinian refugees to return to their homes – something Israel bars solely on the racist grounds that they are not Jewish.

In fact, she doesn’t mention Palestinian rights at all.

Warren does promise “immediate steps to reestablish America’s role as a credible mediator.”

(Let’s leave aside whether America ever had such credibility to begin with.)

These include the symbolic step of re-opening the Washington office of the Palestinian Authority closed by the Trump administration and, more substantially, restoring US contributions to UNRWA.

Restarting funding to UNRWA, the UN agency providing vital services to millions of Palestinian refugees, would be helpful.

But it’s important to remember that “humanitarian” aid has served as a long-term palliative for the worst effects of Israeli crimes. It does nothing to reverse the injustice.

Warren addresses the thorny question of Jerusalem with a dodge.

She says, “both parties should have the option to locate their capitals” in the city.

What’s important is what’s missing: Warren pointedly does not say she will reverse Trump’s internationally condemned decision to recognize Israel as Jerusalem’s capital and to move the US embassy there.

Nor does she say she will do anything to stop Israel’s violent colonization and Judaization of the city at the expense of its indigenous Palestinians.

The senator pledges to “focus real financial and political resources on fixing the man-made humanitarian catastrophe in the Gaza Strip.”

But she fails to name which men – and women – created that catastrophe.

It is the direct product of Israel’s 12-year blockade on Gaza, which is calculated to produce conditions so dire that many of the two million people who live there will be forced to leave.

It is Israeli ethnic cleansing by siege.

More aid will only mitigate the suffering of Palestinians in Gaza as long as the US continues to support Israel’s cruel and illegal blockade.

If Warren can’t even name who is doing the blockade, don’t expect her to do anything about it.

Showing absolutely no political courage, Warren promises to “oppose incitement to violence and support for terrorism by Palestinian extremists like Hamas.”

This refusal to deal with Hamas as a political force dooms any US effort to failure.

Ignoring Hamas’s serious proposals for breaking the deadlock and repeating Israeli talking points about “terrorism” is not leadership.

As I’ve argued before, if the US had not been willing to deal with the IRA and Sinn Fein, there would have been no Good Friday Agreement in Ireland.

In Afghanistan, the US is negotiating directly with the Taliban – which it accuses of harboring the people who did 9/11 – because it is in the US interest to do so.

Hamas, by contrast, is not an enemy of the United States. It is an enemy of Israel, because Israel occupies and colonizes Palestinian land and kills Palestinians with abandon.

If Warren really believes – as she claims – that peace between Israelis and Palestinians is a US interest, she should be ready to deal with all Palestinian parties and tell Israel to do the same.

Finally, Warren pledges to “make clear my unequivocal opposition to Israeli settlement activity and to any moves in the direction of annexation of the West Bank.”

What does that mean? Will she return to the policy of previous administrations of issuing occasional timid statements that settlements are “unhelpful” while continuing to arm Israel to the tune of billions of dollars each year?

Contrast her vagueness on Israel with her pledge of “real consequences in terms of a more limited relationship” with Saudi Arabia if that absolute monarchy does not meet US “expectations.”

Warren is not making serious proposals when it comes to Palestine and the Israeli question.

In this day and age, babble about a “two-state solution” while ignoring the one-state apartheid reality is merely a cynical exercise in seeking political cover.

It’s just Warren saying “I have a plan for that” while taking absolutely no risks.

This simplistic claim ignores how Iranian policy has amounted to a defensive response to the utter chaos the US has sowed in the region from invading Iraq and Afghanistan to arming al-Qaida-linked militias in Syria.

A minimally progressive position would be to end the intensifying economic war that the US is waging against the people of Venezuela and Iran – two countries whose major crime appears to be pursuing independence from the United States.

But Warren fails to offer even that.

Alongside Senator Bernie Sanders, Warren is seen as one of two “progressive” heavyweights in the Democratic race.

Sanders has his own very mixed record when it comes to Palestinian rights.

He, too, has pointedly refused to say he would withdraw the US embassy from Jerusalem.

Sanders refuses to endorse BDS – the boycott, divestment and sanctions movement for Palestinian rights, modeled on the campaign that helped end apartheid in South Africa.

Like Warren, Sanders takes the minimalist position of opposing efforts to legislate against BDS.

But Sanders has made one concrete pledge no other major candidate has made: to use US military aid to Israel as leverage.

“I would sit down with Israel and say, look … if you want military aid from the United States, you’re going to have to treat the Palestinian people and that region with respect,” Sanders said earlier this year.

Of course, there’s no guarantee that a President Sanders would actually keep that promise. But in campaign terms, it sets a bare minimum benchmark: Sanders is not that progressive when it comes to Palestine.

So anyone who doesn’t at least match his pledge to end unconditional US military funding of Israel is offering nothing notable.

Co-founder of The Electronic Intifada, Ali Abunimah is the author of The Battle for Justice in Palestine, now out from Haymarket Books.