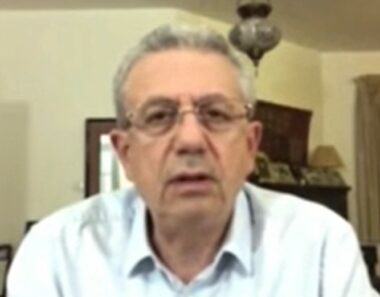 Dr. Mustafa Barghouti, the secretary-general of the Palestinian National Initiative, said the Thursday shootings in Tel Aviv demonstrate Israeli security and political failures and the failure of its apartheid wall.

Dr. Barghouti stated that the shooting in Tel Aviv and the recent similar incidents in several parts of the country are clear indicators of Israel’s political failures and its failure to maintain its security.

“The shootings should also serve as an example to those who are normalizing ties with an occupation and an apartheid state, thinking it can protect them, while in fact, it cannot even protect itself,” he added, “They are also a clear proof of the failure of the Annexation Wall in the West Bank, the failure in the implementation of the so-called Deal of the Century, and a failure in marginalizing and sidelining the Palestinian cause.”

He also said that the international double standards and hypocrisy also anger the Palestinian people.

“When world countries impose 6000 sanctions against Russia in less than two weeks, and at the same time fail to impose even one sanction on Israel despite its 73-year occupation and oppression in Palestine, you should be able to understand the source of the Palestinian frustration,” Dr. Barghouti added, “The occupier knows that it cannot enjoy stability, security and peace while the Palestinians remain occupied, oppressed and denied their legitimate internationally-guaranteed rights of liberation and independence.”