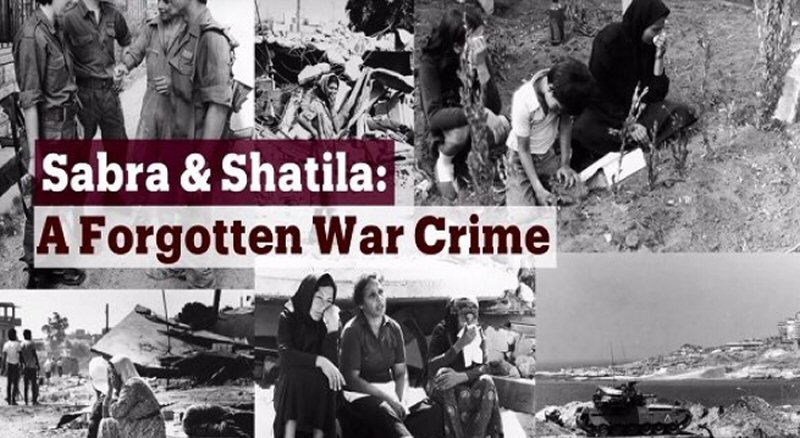 In press releases published yesterday, September 16, 2018, Dr. Saeeb Erekat said that the Sabra and Shatila Massacre is a reminder of Israel’s barbaric crimes.

Erekat added, according to the PNN, that the massacre of Sabra and Shatila is not only a reminder of the barbaric crimes committed against the Palestinian people. but, overall, it highlights the effects of the impunity granted to Israel and its officials by the international community.

The main responsibility of the massacre fell on Ariel Sharon, who was also responsible for many other war crimes committed against the people of Palestine. Sharon died without being held accountable, Erekat said.

Erekat also said : ”The International Criminal Court should take note of the role of 70 years of impunity that Israel has enjoyed despite its colonization and Apartheid policies that constitute grave violations of international humanitarian law, amounting to war crimes.”

Erekat ended his statement by saying that Israel continues to threaten the very existence of the Palestinian people on their land with evictions, home demolitions, the siege of Gaza, forcible transfer in occupied East Jerusalem, Khan Al-Ahmar, on the eastern gateway to Jerusalem, and elsewhere in occupied Palestine.

The Sabra and Shatila massacre was an incident which involved the killing of between 460 and 3,500 civilians, mostly Palestinians and Lebanese Shiites, by a militia close to the Kataeb Party, also called Phalange, a predominantly Christian Lebanese right-wing party in the Sabra neighborhood and the adjacent Shatila refugee camp in Beirut, Lebanon.

The Phalanges, allies to the Israeli army, were ordered by to clear out Palestine Liberation Organization (PLO) fighters from Sabra and Shatila, as part of Israeli maneuvering into West Beirut.

Israeli forces received reports of some of the Phalangist atrocities in Sabra and Shatila, but did nothing to stop them.

In June of 1982, the Israeli army had invaded Lebanon with the intention of rooting out the PLO. By mid-1982, under the supervision of the Multinational Force, the PLO withdrew from Lebanon following weeks of battles in West Beirut, and shortly before the massacre took place.

Various forces — Israeli, Phalangist and, possibly, also the South Lebanon Army (SLA) — were in the vicinity of Sabra and Shatila at the time of the slaughter, taking advantage of the fact that the Multinational Force had removed barracks and mines that had encircled Beirut’s predominantly Muslim neighborhoods and kept the Israelis at bay, during the Beirut siege.

The Israeli advance over West Beirut in the wake of the PLO withdrawal, which enabled the Phalangist raid, was considered a violation of the ceasefire agreement between the various forces.

The Israeli army surrounded Sabra and Shatila and stationed troops at the exits of the area to prevent camp residents from leaving and, at the Phalangists’ request, fired illuminating flares at night.