Due to Coronavirus, Israel to Transfer Tax Funds to PA 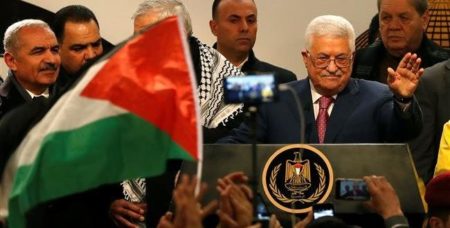 Israeli media said on Sunday that Israeli authorities decided to deliver a fund of 120 million New Israeli Shekels (30 Million US Dollars), to the Palestinian Authority (PA). The fund is a part of tax money, collected by Israel on behalf of the PA, on Israel-controlled commercial crossings.

Israeli TV channel 13 said that Israeli Finance Minister, Moshe Kahaloun, approved the funds’ transfer, after having heard security assessments by Israeli security intelligence and military officials that the Palestinian Authority could face some serious financial crisis, with the Coronavirus reported to have plagued Palestinian-populated areas.

The TV channel’s report, reposted by local Palestinian media outlets, suggested that Israeli army officials, including chief of staff, Avi Kokhafi and others, had earlier warned that the spread of Coronavirus might create a financial deficit within the Palestinian Authority.

Israeli officials expressed deep concern that in the case of such a financial crisis, the PA could possibly collapse, a result not in Israel’s best interest.

Israeli and Palestinian health ministries have reportedly been cooperating to contain the Coronavirus, given the interwoven nature of the the occupation state of Israel with the occupied Palestinian territories.

Israeli officials recently imposed even tighter closure of all crossings between Israel and the Palestinian territories, including those in Gaza and the West Bank.

Meanwhile, the Ramallah-based Palestinian Authority denied entry, except for emergency medical cases, of Palestinians into Israel, where hundreds of Coronavirus cases have been announced.

Israeli-Palestinian relations have been severed over the past couple of months, following the January declaration by US’s President, Donald Trump, of Washington’s vision for peace between Palestinians and Israelis, known as ‘deal of the century’. The so-called deal allows Israel to keep dozens of illegal colonial settlements, erected on Palestinian-owned lands in the West Bank.

At the time, the PA had threatened to cut all ties with Israel, including security coordination.