East Jerusalem Teen Detained at Night and Beaten during Interrogation 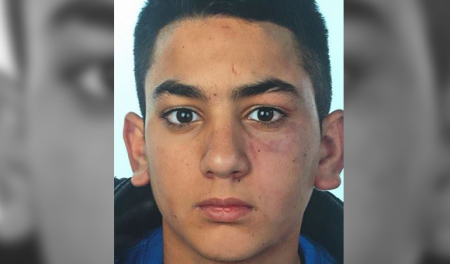 Ramallah, January 23, 2017—Israeli forces beat a Palestinian boy during interrogation after detaining him from his East Jerusalem home, in the early morning hours of January 2, on suspicion of throwing stones.

Amir Othman Darwish, 14, awoke to find at least a dozen Israeli paramilitary border police officers in his bedroom on January 2, around 3:30 a.m., in the East Jerusalem neighborhood of al-Eeesawiyya. He was handcuffed and transferred to Al-Mascobiyya interrogation and detention center, in Jerusalem, without being informed of the charges against him. Amir told Defense for Children International – Palestine he was strip-searched, subjected to physical violence during interrogation, and coerced into signing documents written in Hebrew without understanding their contents.

Upon arrival at Al-Mascobiyya, Amir was forced to kneel on the ground with his hands bound behind his back for approximately two hours before he was allowed to meet briefly with an attorney.

Amir said he was then interrogated without the presence of an attorney or legal guardian: “He accused me of throwing stones at soldiers, but I denied it, and he suddenly started slapping me very hard, punching me, and kicking me all over my body.”

“Whenever I denied it, he would beat me harder. He would also push me against the wall and bang my head,” Amir told DCIP. “He would shout loudly, swear, and say dirty things about my mother. He even threatened to prevent my father from working.”

After several hours of interrogation, Amir signed documents in Hebrew, a language he cannot read or understand. Amir was then strip-searched and examined by a medic, but did not receive any medical treatment while in custody.

Amir was released into his father’s custody at around noon, on the condition that he not see another Palestinian teenager, who was arrested the same night, for a period of 30 days.

Children in East Jerusalem are generally subject to the Israeli Youth Law, which theoretically applies equally to Palestinian and Israeli children. However, documentation collected by DCIP shows that Israeli authorities implement the law in a discriminatory manner, denying Palestinian children in East Jerusalem of their rights from the moment of arrest to the end of legal proceedings.

Israeli lawmakers began pushing forward a slew of harsh policies in 2015 that target Palestinian children. These laws and other policy changes are part of a wider crackdown by Israeli authorities to quash unrest that swept across Jerusalem and the rest of the occupied West Bank, beginning in 2015.