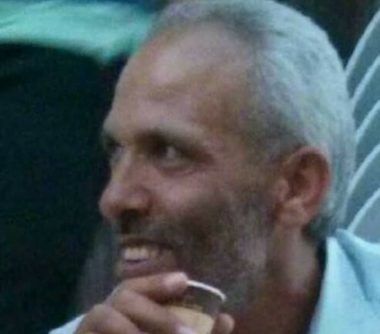 Following a lawsuit by the family of a Bedouin man killed by Israeli forces, the Israeli High Court ordered the government to release his body to his family. The decision comes just as new video evidence emerges showing that the man who Israel had claimed was an attacker was actually shot by Israeli forces while driving slowly, and the gunshot wound in his knee caused his vehicle to accelerate into a squadron of Israeli police officers.

Initially, Israeli police forces had released a heavily-edited version of the police helicopter video of the incident, along with text describing the driver, the late Yacoub Mousa Abu al-Qee’an, 47, as a “terrorist”, and claiming that he intentionally accelerated his vehicle into the police officers and refused to heed orders to stop.

But the video footage that was leaked to the media late last week shows a different scene than the one described by Israeli police. The part that was edited out was a number of shots fired by Israeli police toward the vehicle while al-Qee’an was driving slowly. It was only after those shots were fired that the vehicle began to accelerate, hitting the group of Israeli police officers resulting in one death.

The newly-released unedited video also bolsters a forensic report finding that al-Qee’an was shot in the knee, which may have caused his vehicle to accelerate unintentionally.

In the court ruling Monday that forced the Israeli government to release the body of al-Qee’an to his family for burial, the judge also denied the Israeli police request to place severe restrictions on the funeral and burial. The police had requested that the funeral be held only during daylight hours (Islamic tradition includes a family vigil with the body through the night until burial), with a limit on the number of attendees and a ban on electronic devices.

The shooting of al-Qee’an last week took place during an invasion by Israeli forces of his family village. The troops were there to clear out the Bedouin families’ homes in order to make way for a Jewish-only town to be constructed in place of the village.

Dozens of Israeli soldiers and officers, accompanied by several armored vehicles and bulldozers, invaded Umm al-Hiran village, in the Negev, and started demolishing homes and structures, before the police killed one Palestinian allegedly after ramming his car into officers, killing one. Many were injured, including an Arab Member of Knesset.

The Israeli Police said the officer has been identified as Erez Levy, 37, and that he was reportedly struck by a car, driven by Yacoub Mousa Abu al-Qee’an, 47, before the soldiers shot the man and killed him.

Locals at the scene denied the Israeli allegation, and said Abu al-Qee’an, a known mathematics teacher, did not intentionally struck the officer with his car, and that he just lost control of his vehicle after the police fired at it.

The incident took place following clashes in the village, after the soldiers and officers started demolishing homes and structures, under the allegation of being built without permits.

The army and police used excessive force against the Palestinians, wounding many, including a Arab Member of Knesset Ayman Odeh of Hadash Party, and the head of the Knesset’s Joint List.

Israel daily Haaretz quoted an eyewitness, identified as Michal Ramati, who reported hearing many gunshots, before seeing a white car driving away from the scene, and the driver seemed to have lost control over his vehicle, eventually rolling down a hill, hitting two officers who were walking up the hill, and coming to a halt after crashing into another car.

The events led to clashes between the soldiers and locals in the village, and the army used what it calls “riot control measures,” wounding several Palestinians, including MK Odeh, who was shot with rubber-coated steel bullets in his head and back, and was moved to Soroka medical center. According to the Police, one officer was also injured in his leg during the ensuing clashes.

Haaretz added that the Israeli government “recently vowed to crack down on illegal Arab construction following criticism from West Bank settlers,” after an Israeli court ordered the evacuation and removal of the illegal colonialist outpost of “Amona,” built on Palestinian lands in the occupied West Bank.

MK Ahmad Tibi (Joint List) said that the events at Umm al-Hiran “proved again that the State of Israel and its police treats the Arab citizens as enemies.

Umm al-Hiran has been subject to repeated violations and invasions, including destruction of property, especially after the Israeli government decided, on November of 2013, to build a Jewish settlement on lands belonging to the villagers.

The residents of Umm al-Hiran filed appeals with Israeli courts, including the Supreme Court, in an attempt to prevent the destruction of their village, but all appeals were denied.

Many Palestinian communities in the area are subject to frequent demolitions and invasions, under the allegation of being illegally built, although many have been there before the establishment of Israel in historic Palestine in 1948.

Just a week ago, the army and Police demolished eleven homes in Kalansawa village, leading to a general strike, as the residents continue to face various obstacles and bureaucratic barriers that prevent them from acquiring construction permits.

Umm al-Hiran, which consists of only eleven homes, and was demolished more than 104 times, is one of 51 unrecognized villages in the Negev, facing constant demolitions and violations. The villages are deprived of basic services like housing, water, electricity, education and health care.