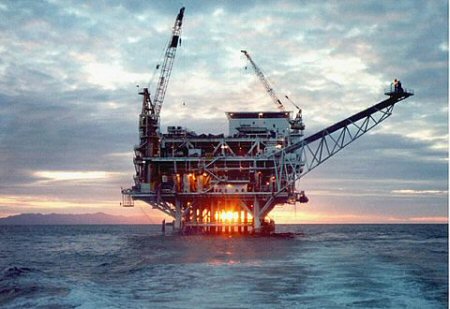 Israeli gas fields in the Mediterranean will soon be providing gas exports to Egypt as a part of a 10-year, $15 billion deal announced on Monday.

According to the PNN, Israeli gas excavation companies Delek Drilling and Noble Energy will export roughly seven-billion cubic-meters of gas annually from drilling platforms in the Mediterranean, namely the Leviathan and Tamar gas fields, to Egyptian Company Dolphin Energy for the duration of the deal.

Some have criticized the deal as being merely symbolic. As of yet, there are no plans for means of exportation of the gas to Egypt.

As reported by the Jerusalem post, the most obvious means, the East Mediterranean Gas line, which runs parallel with the Gaza Strip, was declared insolvent by its parent company, EGS.

‘There’s not even a route determined, so it’s hard to sign a binding agreement,” said Brenda Shaffer, an American-Israeli professor at Georgetown University in Washington in an interview with the Jerusalem Post.

Alternative routes through Jordan would require subsequent negotiations with Jordanian officials before the flow of oil could proceed.

The announcement comes amid warming relations between Israel and Egypt.

Egyptian armed forces have struggled in recent years to contain the violent insurgency that erupted in the region in 2013 when groups with ties to the Islamic State group emerged. They have since carried out a series of deadly attacks against minority ethnic groups in the peninsula, including Coptic Christians and Sufi adherents, as well as against the Egyptian armed forces.

The Egyptian armed forces have struggled to contain armed groups within the peninsula which remains mostly tribal and comprised of mostly Bedouin communities.

The investigation by the New York Times revealed that security cooperation by Israel and Egypt had exceeded that which was previously made public. Rather, Israel had carried out a number of airstrikes in the region and had taken measures to disguise the fact that the attacks were originating from Israel and not Egypt, principally by adjusting flight paths so as to appear to be coming from Egypt.

The two oil fields in question pose additional challenges to the deal.