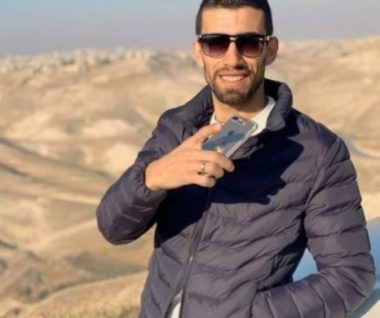 The Secretary-General of the Palestine Liberation Organization (PLO) and the head of its Negotiations Affairs Department, Dr. Saeb Erekat, strongly denounced the Israel army’s killing of his nephew  Ahmad Erekat, and held Israeli Prime Minister Benjamin Netanyahu responsible for the crime.

Erekat stated that Netanyahu’s policies against the Palestinian civilians are what encourages Israeli soldiers to continue to commit these crimes.

He added that the Israeli occupation did not only execute Ahmad Erekat in a cold-blooded crime but also tried to coverup by fabricating the truth and coming up with lies and justifications for this crime by claiming the young man “attempted to ram the soldiers with his car.”

His statements came from the mourning home of the slain young man, who was supposed to get married within a few days.

“We, just like any Palestinian family, suffer from this racist occupation, Ahmad was killed in a cold-blooded crime! He was my nephew, and we were supposed to celebrate his wedding withing a few days,” Erekat added, “We were also supposed to be celebrating his sister’s wedding today, but the soldiers killed him and tried to justify their crime.”

On his official Twitter account, Dr. Erekat said the army has many cameras at the roadblock, yet failed to release the video and show what really happened.

“This is the invitation of Eman’s wedding , Ahmed’s sister 23rd of June 2020 from 7-10 pm. Ahmed Erakat (26) was murdered in cold blood at the wadi al-Nar (The Container) roadblock, by Israeli occupying . They continue their lies and claim he tried to run over the soldiers. Netanyahu is responsible.” It is worth mentioning that Ahmad was driving to Bethlehem city to fetch his sisters, and his mother, from a hairdressing shop in Bethlehem, as the family was preparing for the wedding of one of his sisters, which was supposed to take place on the same day.