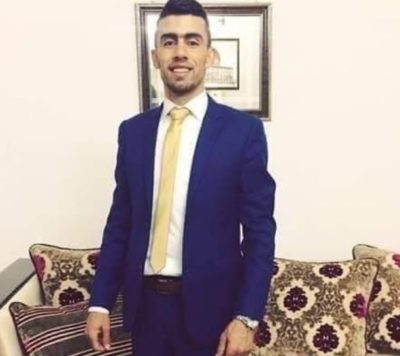 Israeli soldiers shot and killed, Tuesday, a young Palestinian man near the “Container” military roadblock, northeast of Bethlehem, east of occupied Jerusalem in the West Bank.

The head of Abu Dis Town Council, Ahmad Abu Hilal, said the soldiers shot the young man, identified as Ahmad Mustafa Erekat, 26, from Abu Dis, and left him to bleed to death, before taking his corpse away. Erekat suffered several gunshot wounds.

Abu Hilal added that Ahmad was driving to Bethlehem city to fetch his sisters, and his mother, from a hairdressing shop in Bethlehem, as the family was preparing for the wedding of one of his sisters, which was supposed to take place on the same day, Tuesday, June 23 2019.

The Israeli army alleged that the young man “accelerated towards the roadblock, and attempted to ram a female soldier with his car,” and added that the soldier reportedly suffered mild wounds before she was moved to a hospital in Jerusalem.

The spokesperson of the Israel police, Micky Rosenfeld, claimed that “after trying to ram the soldiers, the young man got out of his vehicle, and approached them before they shot him.”

The family denied the military allegations and said the soldiers rushed to deliver the fatal shots without proper justification and added that they believe their slain son must have lost control over his car.

“As we have seen in previous similar incidents, the soldiers were quick to open deadly fire,” his family said, “Our son would never have tried to deliberately ram soldiers, or anybody else, especially on the eve of his sister’s wedding!”

They added that they intend to hire a lawyer to demand Israel to release his corpse for burial. 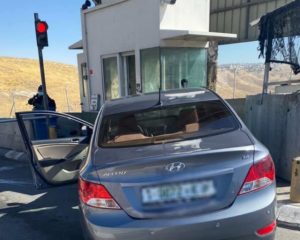 Palestinian journalist Christine Rimawi said that the slain Palestinian was a Facebook friend and that he himself was preparing to get married soon.

“Today’s victim, Ahmad Mustafa Erekat, 27, was executed by the soldiers at the Container roadblock, and the army was ready with its familiar allegation of attempted ramming attack, Christine stated, “But the truth is that he was just going to Bethlehem to fetch his mother and sisters from a hairdressing salon when the soldiers shot him and left him to bleed to death,” she added.

The Palestinian Ministry of Foreign Affairs and Expatriates issued a statement strongly denouncing the escalating Israeli violations and the “cold-blooded murder of Ahmad at the racist deathtrap roadblocks.”

“This crime is part of Israel’s ongoing policies; this illegal authority of the Israeli occupation continues to commit crimes against our people, including field executions, and extrajudicial assassinations,” the Ministry stated, “All of these policies and crimes, committed by the police, the army, and the paramilitary colonialist settlers, are targeting the Palestinian civilians, their homes and lands, and are aimed at trying to force us out of our ancestral lands.”

The Ministry also stated that it will file a complaint with the United Nations, and all its related institutions, as part of its constant efforts to document the Israeli crimes against the Palestinian people, including the murder of Ahmad Erekat.

It called on the International Community, the United Nations, and the Security Council, to act on providing immediate protection to the Palestinian people, living under the illegal Israeli military occupation, and to implement the basics of International Law.

“Our people urgently need protection, the International Community; the United Nations must act and end these escalating Israeli crimes,” it added, “The criminal Israeli occupation of Palestine continues to target innocent civilians. Silence is complicity!”