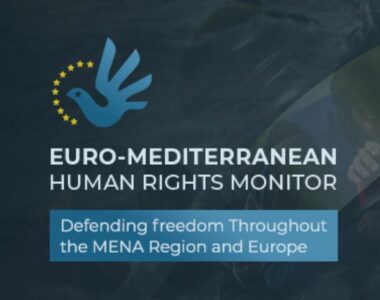 More than 5,000 Palestinians in the Gaza Strip do not have identity cards because they, or their parents, were not in the occupied Palestinian territories (oPt) when the Israeli military authorities conducted the population census after Israel occupied Gaza in 1967.

According to the report, titled “The Gaza Strip: Undocumented Citizens”, those without IDs in Gaza entered the Strip either before 2000 on Israeli-issued temporary visitor permits, or after 2000 during the periods when the border wall between Egypt and Gaza was breached or through the underground tunnels that linked Egypt and Gaza before 2014.The report reviewed the difficulties faced those without IDs as many of them lost their lives from chronic and serious diseases as they were not able to travel for treatment outside the oPt.In terms of study and work abroad, undocumented persons cannot travel for education or work as they cannot obtain a passport. Likewise, they cannot meet their families if they live abroad which means denying many families from being united.

The report indicated that this problem gets even worse when combined with the continuing official impotence towards solving this humanitarian issue, especially since it has been stagnant for many years.

Euro-Med Monitor team interviewed Zahra Abu Alwan, 68, one of the people who left the Gaza Strip before the Israeli occupation of the Strip in 1967. She and her husband had left Gaza for work after they returned to Gaza in 2000.

“My husband had suffered diabetes for more than 30 years, and symptoms of this disease started to appear on him dramatically. After several tests, doctors told us that his leg must be amputated and only if he was transferred abroad his condition might be treated. We tried again and again to transfer him for treatment abroad, but to no avail, because he had no ID card”.

“Unfortunately, we didn’t have much time, and my husband’s foot was amputated. Although, my husband’s condition worsened, and we tried in every possible way to save his life; but not having an ID card had stood in the way. His condition had become dangerous, and we still couldn’t transfer him for treatment abroad, which led to his death.”

Euro-Med Monitor’s spokeswoman in the oPt, Nada Nabil, said that “Israel, as an occupying power, is obligated to respect international law in all its dealings with the Palestinian population and end its policy of refusing to grant them identity cards, which affects the demographic composition in Gaza and robs its citizens their basic and untouchable rights”.

The report said that the Israeli authorities should abolish arbitrary restrictions on Palestinian citizens’ right to reside in Gaza, end the freeze on family unification applications, and begin processing them in a way that enables citizens to obtain identity cards.

The Egyptian authorities should review its policies regarding the Rafah crossing in terms of banning those who do not have Palestinian identity documents issued by the Israeli authorities to travel and allow this group to travel from and to Gaza since they are Palestinian citizens, the report said.

The report concluded, the Palestinian Authority should put in place a new mechanism for resuming and updating the requests of those who do not have IDs, make the necessary efforts in order to address this file.