Evacuation of 700 Jerusalemites from Silwan Approved by Israeli Court 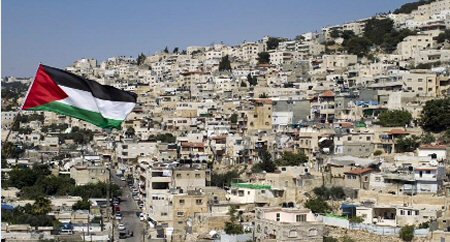 In direct contradiction of the Geneva Conventions, the Israeli Supreme Court has approved the evacuation of 700 Jerusalemite Palestinians from their homes in the Silwan neighborhood of east occupied Jerusalem, Makan Israeli Broadcasting Corporation informed.

It explained,according to Al Ray, that the Israeli Supreme Court rejected, on Wednesday evening, a  petition filed by 104 Jerusalemites from Silwan , and allowed the Ateret Cohanim association to evict the 51 Palestinian families living in the heart of Silwan.

Ateret Cohanim plans to expropriate 5  dunams and 200 square meters in the Silwan neighborhood. Starting on September 15, 2015, 84 families from the neighborhood, which received evacuation notices, headed to the Israeli Supreme Court.

The families explained, in their petition, that the lands are public domain lands, and that Israeli association is not entitled to put hand on it.

Haaretz reported that it is not a private property dispute between the families and the landowners. The eviction efforts are a clear manifestation of Israel’s policies toward Palestinians living in Jerusalem.

It added that it must be remembered that the settlement project in the heart of Silwan is bound to fail. Settlement efforts, there, have been ongoing for more than 25 years. Hundreds of millions of shekels have been poured into it, and it has had the sweeping support of successive governments. Nonetheless, as in Hebron, the settlers remain a tiny minority, a minuscule percentage of the population.