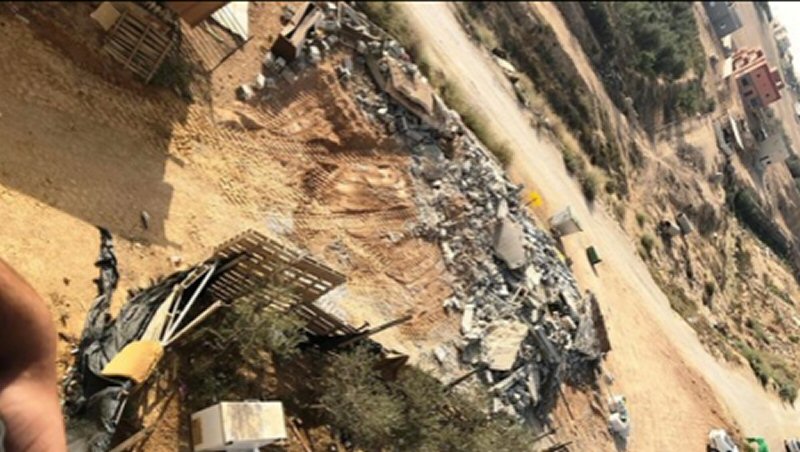 Israeli authorities demolished a Palestinian home, on Thursday, in the Kuseifeh village of Israel’s Negev desert, under the pretext of being built without the difficult-to-obtain Israeli permit.

Local sources told Ma’an News Agency that Israeli crews stormed the village and demolished the structure, leaving a Palestinian family of ten displaced, without a home.

Sources confirmed that a Palestinian mother, along with her nine children, lived in the home.

Israel uses the pretext of building without a permit to carry out demolitions of Palestinian-owned homes on a regular basis.
The Israeli government had approved plans, in 2011, to transfer tens of thousands of Bedouins in unrecognized villages into officially recognized settlements.

According to Israeli human rights group Adalah, the plan would “result in the destruction of 35 ‘unrecognized’ Arab Bedouin villages, the forced displacement of up to 70,000 Arab Bedouin citizens of Israel, and the dispossession of their historical lands in the Negev.”

More than half of the approximately 160,000 Negev Bedouins reside in unrecognized villages, according to the Association for Civil Rights in Israel (ACRI).

Rights groups have claimed that demolitions in Bedouin villages is a central Israeli policy, aimed at removing the indigenous Palestinian population from the Negev and transferring them to government-zoned townships, to make room for the expansion of Jewish Israeli communities.