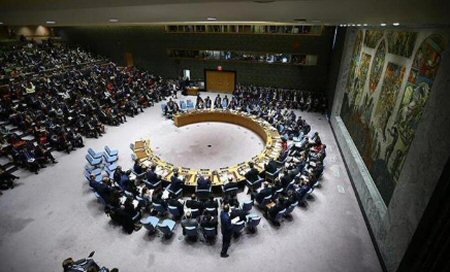 On Wednesday, Head of the UN Security Council, Bolivian Ambassador, Sacha Sergio Llorenti Soliz, said that he will seek a visit to the Gaza Strip and the West Bank, in October.

This came during a press conference held by Soliz, in which his country holds the rotating presidency of the Council, at the permanent headquarters of the United Nations in New York.

“The council should go to Gaza and the West Bank,” he said. “We will insist on that. We hope the visit will turn into a reality on the ground.”

“For more than 50 or 70 years, the United Nations has not fulfilled its promise to establish a sovereign Palestinian state … The Council has visited many regions of the world and we believe that this region is one of the most important.”

Palestinian Authority officials have often demanded that a delegation of council members visit the Gaza Strip, the West Bank and East Jerusalem, “to see the suffering of the Palestinian people.”

However, according to Al Ray Palestinian Media Agency, the completion of such a visit requires the unanimous approval of all 15 members of the council, which is strongly rejected by the United States of America, a permanent member with veto power alongside Russia, Britain, France and China.

The Ambassador confirmed that the representatives of 10 Security Council member States had sent an official letter to the Secretary-General of the United Nations, Antonio Gutierrez, that the Special Coordinator for the Middle East Peace Process, Nikolai Miladinov, should submit written, not verbal, On the Palestinian issue and the extent to which Israel has complied with Council resolution 2334.”

Resolution 2334 of 23 December 2016 demanded that the United Nations Secretariat submit credible reports on Israel’s compliance with the terms of the resolution calling for “an immediate cessation of all settlement activities in the occupied Palestinian territory, including East Jerusalem.”

The same resolution stressed that “the settlements have no legal legitimacy and are a flagrant violation of international law.”