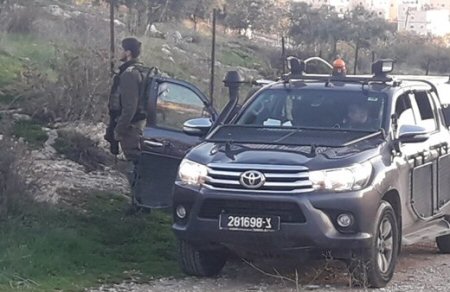 The Israeli army informed members of the al-Barghouthi family, from Kobar village, northwest of central occupied West Bank district of Ramallah and al-Bireh, on Saturday, that the family would be expelled to the Jericho district, if their son, Assem, does not turn himself in to the Israeli army.

Israel accuses Assem of carrying out an attack which killed two Israeli soldiers near Ramallah, on December 13, one day after his brother, Saleh, was reportedly shot and killed by Israeli soldiers north of Ramallah.

Assem has been ‘wanted’ by Israeli forces since then; on December 19th, Israeli forces took measurements of al-Barghouthi’s home, in preparation for its demolition, as punishment.

Saleh’s family says that Saleh was detained alive and might have died in custody.

Israeli soldiers claim that Saleh, who they say was allegedly responsible for shooting and injuring seven Israelis days earlier near Ramallah, was shot and critically injured and later died of his wounds.

Al-Barghouthi’s mother said that large numbers of Israeli force raided their home, early Saturday morning, interrogated her and said that her son, Assem, has three days to turn himself in or the entire family will be expelled to Jericho.