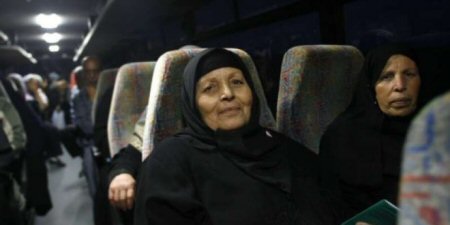 Israel has officially informed the International Committee of the Red Cross that there will be no family visits to a number of detainees from the Gaza Strip, without specifying their names.

ICRC spokeswoman in Gaza, Suheir Zaqout, told Quds Press that the organisation is in constant contact with Israeli authorities to remind them of their obligations to facilitate family visits to all Palestinian detainees.

“Family visits are a right enshrined in Article 27 of the Fourth Geneva Convention. This right can only be disabled on security grounds and for individual cases. It is highly humanitarian, not only for the detainee but also for their family,” she said, according to the PNN.

Zaqout pointed out that the Red Cross is “concerned” about the Israeli decision and understands the concern and frustration of the detainees’ families.

Director of a Palestinian prisoner rights group the Asra Media Office, Abdel Rahman Shedid, said the decision aims to pressure Hamas to response to calls by the families of the captured Israeli soldiers by punishing the detainees with links to the movement.

Shedid said in a statement that the decision “is the first in a series of punishments imposed by Israeli occupation prisons against Hamas detainees during the coming period.”

He held the Israeli government and the prison administration in full responsibility for any possible deterioration or escalation in the coming period.

Israel suspended family visits for families of detainees from the Gaza Strip after its aggression on the enclave in July 2014 then resumed them in early October of the same year.

Some 370 Palestinians from the Gaza Strip are held in Israeli prisons.