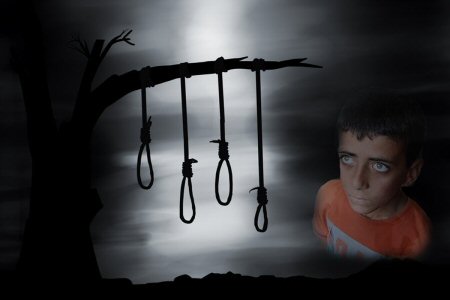 The Israeli Knesset approved, on Wednesday, a first reading of death penalty bill, which would allow Israel to execute Palestinian prisoners accused of taking part in “operations” against an Israeli target.

Right-wing leader of the Jewish Home party Naftali Bennett proposed the bill, which was approved by a vote of 52 to 49 but needs a second and third reading before it becomes law.

Last year, at a rally following the death of three Israeli police officers, Israeli Prime Minister Benjamin Netanyahu voiced his support for the death penalty for Palestinians, whom he described as “terrorists with blood on their hands.”

The proposed death penalty would only be applicable in military courts. In the already unlikely event of an Israeli being convicted for killing a Palestinian, the accused would never face the death penalty.

“The fact that Israel lacks a constitution allows its prime ministers to enact legislation that serves the interests of their respective racist governments,” explained Mohammed Dahleh, a Palestinian expert on Israeli affairs.

“Israel refuses to adopt a constitution. This also allows it to create laws — or modify them — to suit its expansionist tendencies,” he added.

“The conflict between the Palestinians and Israelis is not criminal in nature but nationalist,” he pointed out. “This means Israel cannot sentence Palestinian prisoners to death under the provision of the Fourth Geneva Convention relating to the treatment of prisoners of war.”

One commentator in London suggested that this legal nicety would not make any difference. “Israel already treats international laws and conventions with contempt,” said MEMO’s senior editor Ibrahim Hewitt, “so why would it sit up and take notice of this point?”

Hewitt added: “The state is guilty of the crime of apartheid, and this bill demonstrates that fact.”