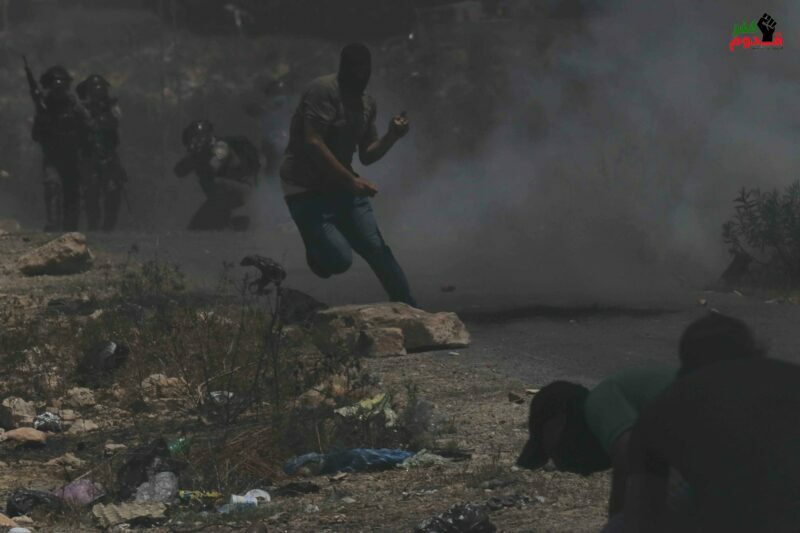 Israeli forces injured four Palestinians, on Friday, at the weekly demonstration against Israeli settlements, in Kufur Qaddoum village, near the northern West Bank city of Qalqilia, according to local sources.

Morad Eshteiwi, coordinator of the popular resistance in the village, told the Palestinian WAFA News Agency that Israeli soldiers opened fire towards the protesters with live rounds, rubber-coated steel rounds, and tear-gas canisters.

Two were shot and injured, while two others were injured from falls while being chased by the soldiers.

Many others suffered the toxic effects of tear-gas inhalation, and were treated at the scene.

Palestinians have been holding weekly demonstrations in Kufur Qaddoum village, since 2003, to demand the Israeli authorities reopen the village’s main road, which was closed in 2002, for the benefit of illegal settlers in nearby illegal Israeli colonies.

Under international law, namely the Fourth Geneva Convention, it is forbidden for the occupying state to transfer any of its own population onto the land which it occupies. In this case, Israel occupied the West Bank and Gaza Strip in 1967, since then hundreds of settlements and outposts have been built on occupied Palestinian territories.