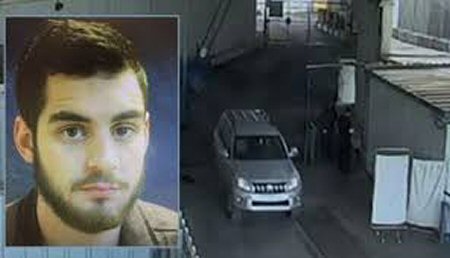 Israeli security agency Shin Bet announced, Monday, the arrest of a French citizen working in the French consulate in occupied Jerusalem, on charges of transferring weapons from the Gaza Strip to the occupied West Bank.

According to Al Ray, Israeli media quoted the Shin Bet as claiming that Frenchman Roman Frank had used his diplomatic immunity in transferring weapons in five operations.
The sources said that Frank was accused of transporting 70 pistols and two Saar arms from Gaza to the West Bank, taking advantage of the easing of security checks on foreign diplomats.
It claimed that the transfer of arms was made through a network of nine people in Jerusalem and Gaza; some of them work in the French Cultural Center and the French consulate.
The “Shin Bet” (known as Israel’s equivalent of the FBI) claimed that the French “Frank” transferred the pieces of weapons for the purpose of material gain, and on his personal responsibility without the knowledge of the French consulate.