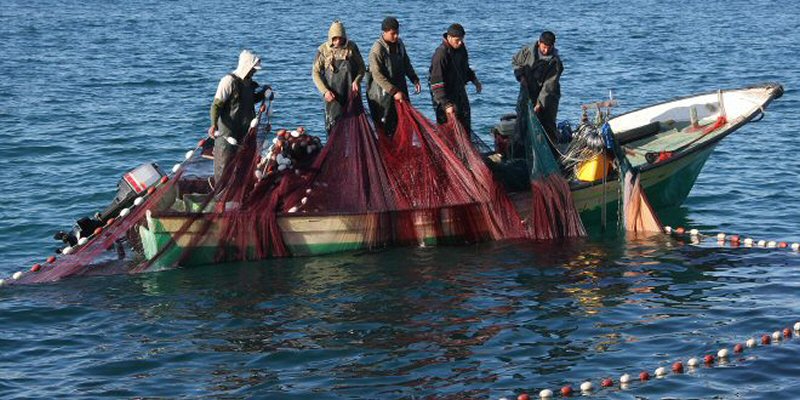 Israel has expanded the permitted fishing zone, in the besieged Gaza Strip, as part of a ceasefire agreement between Israel and Hamas, who currently governs the enclave.

The Egyptian-brokered deal includes expanding the fishing limit along the Mediterranean coast from six to 15 nautical miles, for the first time in years, with the purpose of boosting a Gazan economy that is heavily reliant on the fishing sector.

Expansions occasionally occur and usually last for only three months at a time, Al Ray reports

Since Israel imposed a land, aerial and naval blockade on Gaza, in 2007, following Hamas’ election victory, Gaza’s fishing sector has declined and its fishing exports have dwindled.

The widest range Israel has allowed, in the past 10 years, is 12 nautical miles, and, at times, the limit was reduced to one nautical mile, Nizar Ayash, the head of Gaza’s fishermen union, previously told Al Jazeera.

Under the Oslo Accords, signed in 1993, Israel is obligated to permit fishing up to 20 nautical miles, but this has never been implemented. Overfishing in a small area over the years has decreased the fish population and depleted fish breeding grounds.

Al Jazeera’s Mohammed Jamjoom, reporting from Gaza, said that despite the ease on restrictions, Monday’s weather forecast forced many fishermen to quickly sail back to shore.

“It’s cloudy and it’s been raining heavily here in Gaza … The people who assembled here say they need to go back into the water,” Jamjoom said.

There are approximately 4,000 registered fishermen in the Gaza Strip, operating some 1,000 boats. Limited access to raw materials has left most boats lacking the necessary renovations needed to function at full potential.

The profession has been deemed dangerous by rights organisations due to Israel’s harassment of fishermen at sea.

Those who attempted to sail out into the water, on Monday morning, say they are hopeful that this means they will be able to continue to do so, Jamjoom said. But, at the same time, they say they still need “more equipment” for their boats.

On Sunday, Israeli authorities also reopened two border crossings, a day after tens of thousands of Palestinians demonstrated along the fortified fence with Israel to mark the first anniversary of the Great March of Return protests.

The Karam Abu Salem commercial crossing and the Erez crossing with Gaza were reopened six days after they were shut down amid an exchange of heavy fire between Israel and Hamas.

Israel regularly seals off the two crossings which facilitate the movement of Palestinians with hard-to-obtain Israeli permits, as well as goods and services to Gaza’s nearly two million residents.

Since March 30th of last year, Palestinians in the Hamas-run Strip have been demanding the right to return to lands from which their families were violently expelled during the founding of Israel, in 1948. Protesters in the weekly rallies are also calling for an end to the blockade.