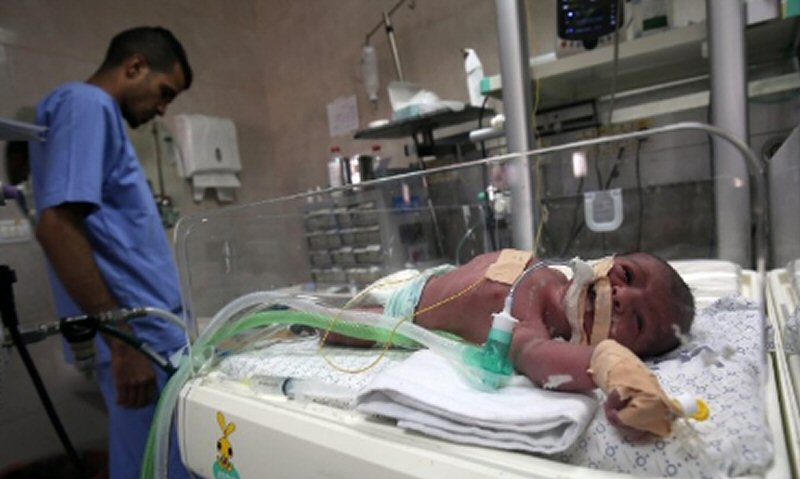 Director of the hospital pharmacy, at the Ministry of Health based in Gaza, Alaa Heles, on Tuesday, said that the depletion of all sorts of therapeutic milk, from Gaza hospitals, constitutes a real threat for sick children’s lives.

Ragheb Agha,  head of the Gastroenterology Department at Rantisi Hospital, stressed that the depletion of therapeutic milk has negative consequences on the health of sick children. As a result, they will suffer from chronic diarrhea and poor absorption, thus reducing their weight, forcing them to stay in the hospital for long periods.

He explained that some sick children depend on Glactomine milk since birth. They are at risk because they only benefit from animal foods such as fish, meat and milk, and a lack of these nutrients will affect their overall health.

He noted that therapeutic milk is not available in the markets and has no alternative, in addition to bearing a high cost that exceeds $100.

Supplies of Neutermogen milk, which is provided to children who suffer from protein intolerance, and which a large number of sick children depend on, are also depleted, Agha noted.  Along with the depletion of Isomil milk, needed by children suffering from poor absorption of sugar, and other types of milk, have been severely depleted from the hospitals of the Ministry of Health, in Gaza.

Al Ray Palestinian Media Agency notes that monthly ratios of therapeutic milk are distributed according to the needs and age of the children, especially since these children suffer from chronic genetic diseases and need therapeutic milk for the continuation of their lives.

Since the beginning of the year, the Ministry of Health based in Ramallah has not sent medicines or treatments for hospitals in the Gaza Strip, according to medical sources.