Gaza Journalists Reject So Called ‘Deal of the Century’ 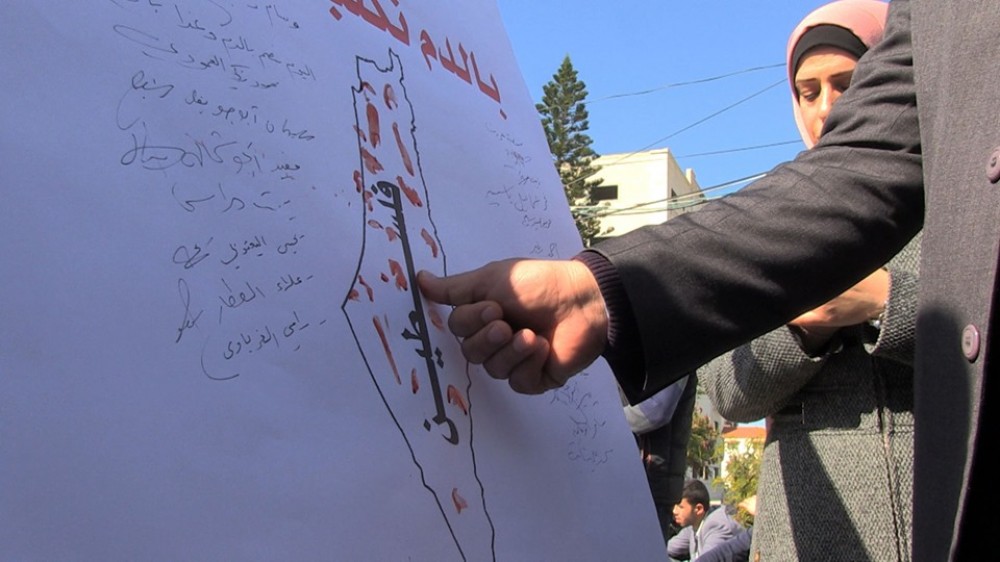 Palestinian journalists in Gaza applied their blood to the map of Palestine to symbolize their dedication to their home land.

The Government Media Office (GMO) in Gaza organized, on Thursday, a protest for Palestinian journalists, in front of the United Nations Educational, Scientific and Cultural Organization (UNESCO) headquarters, to show their rejection of the so-called ‘Deal of the Century’ Alray News Agency reported.

“There would be no chance of success for any plan aiming at the liquidation of the Palestinian cause”, said head of the GMO in Gaza, Salama Maroof, stating that it disregards human rights for Palestinians.

Maroof stressed the need to work towards national unity to take a strong stance in defiance of the disastrous plan.