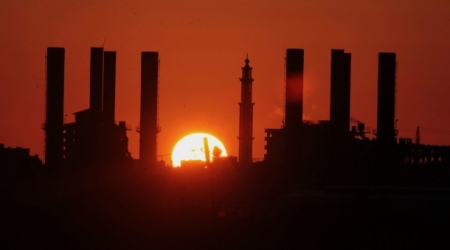 While the Palestinian enclave needs at least 500 megawatts of power a day, only 70 are available since Gaza’s power plant shut down, late Wednesday.

Diesel fuel from neighbouring Egypt had kept the station running at half capacity since June 21, but deliveries were interrupted after a deadly attack on Egyptian soldiers last week, near the border.

Israel, the main provider of power to Gaza, has cut power shipments at the request of Palestinian Authority President Mahmoud Abbas, Days of Palestine reports.

The leader is trying to put pressure on Hamas, the Palestinian movement that won general elections in 2006, and has been controlling Gaza since mid-2007.

Israel had agreed with Abbas to announce his request, in order to distance itself from the crisis it created as part of its 11-year-old strict siege.