Georges Ibrahim Abdallah: “He is part of our struggles and we are part of his fight!” 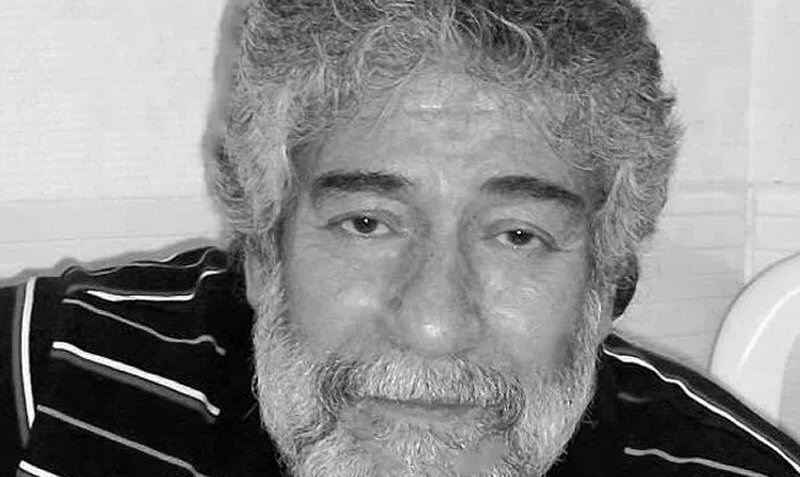 The following interview was conducted by, written by and published originally in French on the website of the Chronique de Palestine. The Samidoun Palestinian Prisoner Solidarity Network thanks the editors of Chronique de Palestine for the English translation, which is published today below. Samidoun encourages all supporters of Palestine and Palestinian political prisoners to join the national demonstration on 23 June in Paris to demand freedom for Georges Abdallah, imprisoned for over 33 years in French prisons.

After briefly presenting Georges Abdallah’s case, The Palestine Chronicle interviews a representative of the Collective for the release of Georges Ibrahim Abdallah (CLGIA).

Who is Georges Ibrahim Abdallah?

Georges Ibrahim Abdallah, a “Lebanese revolutionary,” in the words of his support campaign, has been imprisoned in France for 34 years.

He is now incarcerated in Lannemezan prison. His period of unconditional imprisonment ended in 1999, when he became eligible for release.

Born in a Christian family, this Lebanese from Kobayat, in northern Lebanon, is now 67. In 1979, he co-founded the Lebanese Armed Revolutionary Factions, a small Marxist anti-imperialist group which claimed the execution of an American military attaché, Charles Ray, in Paris, and of an Israeli diplomat, Yacov Barsimentov, in Boulogne-Billancourt while Lebanon was invaded by the Israeli army. He was arrested in Lyon on 24 October 1984 and sentenced to life imprisonment in 1987.

During his trial in Lyon, in 1987, he was found guilty of complicity in these assassinations. The former teacher declared before his judges: “I am a fighter, not a criminal.” “The path I have followed has been imposed on me by the human rights abuses perpetrated against Palestinians”, he added. Abdallah was sentenced in 1987 to life imprisonment during a controversial hearing, viewed a black mark on the French legal system.

The trial suffered from many defects, first being that one of Abdallah’s lawyers served to spy on him. As for the so-called evidence against Abdallah, these were fabricated retroactively by the French, American and Israeli intelligence services.

The aggressive – European in general and Zionist in particular – policies against Lebanon and how France contributed to them gave birth to the “Abdallah phenomenon”, as was the case for many others like him.

These policies contributed to what was called “special operations” in which most Palestinian organizations were involved along with many other national liberation movements. Those who were falsely labeled as “terrorists” acted in accordance with their rights as human beings. Abdallah’s case is one of legitimate national resistance.

Over the years and lawsuits, the US has systematically opposed Georges Ibrahim Abdallah’s release, even his conditional release, invoking “a threat to Lebanon’s stability” (?). Each time, the US obtained satisfaction from the French government.

The latest demand dates back to April 2014, when the US State Department (under President Barack Obama) lobbied the French government to prevent Abdallah’s release and return to Lebanon. Needless to say, Prime Minister Manuel Valls and President François Hollande were eager to comply.

The Palestine Chronicle: Can you come back to Georges Ibrahim Abdallah’s commitment in his early years? Which Lebanese organization did he become affiliated with and how did the Palestinian resistance affect his political choices?

CLGIA: George grew up at a time when Lebanon was in the middle of a sectarian civil war.
This reality of struggle and resistance has built up his political consciousness and determined his revolutionary commitment. He chose resistance against the mass killings perpetrated by upper class confessionalists from all sides and their Israeli, French and American allies.

His political involvement started within the progressive and pan-Arab Syrian Social Nationalist Party and he participated in the Palestinian resistance by joining the Popular Front for the Liberation of Palestine (a Palestinian Marxist organization). The purposes of the Lebanese Armed Revolutionary Factions (LARF), of which he was a member, were to liberate Lebanon from any foreign presence (France, US, Israel) and to create a Palestinian state.

PC: The 1970s and 1980s saw the assassinations of several Palestinian officials in Europe, including Mahmoud Hamchari in Paris in 1983, killed while representing the Palestine Liberation Organization in France. What role did Israeli Mossad play in this assassination campaign?

CLGIA: Everyone knows that Mossad has been guilty of many assassinations of Palestinian and other militants on French soil. So far, it has never been troubled. There are no legal proceedings against Mossad agents in France. The intelligence services enjoy total impunity.

PC: What is the story behind the intervention of Lebanese and Palestinian resistance organizations on the European ground?

CLGIA: The invasion of Lebanon by the Israeli army in 1982 was undertaken with the complicity of Western powers.
In response to this, Lebanese and Arab fighters went to carry the armed struggle against Zionism and imperialism all over the world. This was the case of the Lebanese Armed Revolutionary Factions, which came into action in Europe.

PC: Georges Abdallah was first sentenced in 1986 and again in 1987 – this time to life imprisonment – as part of police investigations and trials that were tainted with irregularities. Can you come back to this travesty of justice?

CLGIA: Georges Abdallah was first tried on charges of possessing weapons and explosives and sentenced to four years in prison. The US found this sentence too lenient. So President Reagan spoke to French President François Mitterrand.

Then, the French intelligence services conveniently “discovered” weapons that allowed them to open a new trial against Georges Abdallah. And in 1987, the attorney general, who represented the prosecution, required a ten-year sentence.

But this wasn’t enough for the French state and its US and Israeli allies: as a result of heavy pressure, an exceptional court eventually condemned him to life imprisonment.

It was also proven that Georges Abdallah’s first lawyer, Jean-Paul Mazurier, was an agent from the French services. However, the validity of the trial hasn’t been questioned…

PC: Has George Abdallah been recognized in one way or another as a political prisoner?

CLGIA: The status of political prisoner doesn’t exist in France, but he can be viewed as such through the involvement of the US and French governments.

The many trials for his release, which was ultimately never granted as a result of the “pressure” from successive governments, show that this case is of political nature.

At the same time, throughout their detention, political prisoners are treated differently. They are treated like criminals so that their political identity can be erased (consider the mandatory interviews with psychologists in charge of evaluating their dangerousness at the National assessment center [“Centre National d’évaluation”] as part of a request for release).

The authorities also need to transform political prisoners into docile repentant criminals (as showed by the notion of repentance demanded by the judges). Political prisoners are likened to dangerous terrorists in order to erase any revolutionary experience from collective memory.

However, as long as they behave like captive revolutionary militants, the upper-class judiciary will refuse to grant them any sentence reduction.

PC: Taking into account the date of his arrest, in October 1984, after nearly 34 years of incarceration, Georges Abdallah is the French prisoner who spent the most time in prison. Yet there is a law which specifies that a period of unconditional imprisonment cannot exceed 18 years. What about legal recourses and requests for parole?

CLGIA: Georges Abdallah is the most long-standing political prisoner in Europe. The period of unconditional imprisonment attached to his conviction was not indicated during his trial. As a result, it was automatically set to 15 years. He has therefore been eligible for a release since 1999, that is, he has been able to apply for parole since that date. To date, he has been denied freedom 10 times…

The sentence enforcement court ordered his release twice, in 2002 and in 2013, but pressure from the US governments resulted in his continued detention.

This year, Georges Abdallah will have spent more years in captivity than free.

There is much talk about the independence of the judiciary. However, when a release has been ordered by said judiciary and this release is accompanied by a decree of mandatory expulsion that must be signed by the Minister of the Interior – which wasn’t in Abdallah’s case –, what about the separation of powers?

PC: How can you explain the relentlessness of the US State Department, which systematically steps in – successfully – to prevent the release of Georges Abdallah?

CLGIA: Only the US State emerges as a plaintiff in this case, as the Zionist State is largely represented by the successive French and US governments.

Those who were executed were agents from the US (CIA) and Israeli (Mossad) intelligence services. The LARF took on imperialism. Georges Abdallah’s continued imprisonment is a state revenge.

It has also to do with Georges Abdallah’s personality and the nature of his struggle. He is a communist and his main struggle has dealt with the liberation of Palestine. This is a political identity he has claimed relentlessly throughout his 34 years of detention.

The judiciary blames him for not repenting. However, Georges Abdallah is a resistance fighter. He was sentenced at a time when his country was under war and occupation.

PC: What is Georges Abdallah’s political positioning today? Could you tell us about of his political analyzes and reflections?

CLGIA: Georges Abdallah’s political choices haven’t changed. He is still an anti-imperialist and anti-Zionist revolutionary communist, an activist for a free Palestine, and he still shows solidarity with the struggles for the emancipation of peoples. He has no regrets or remorse about the struggle he engaged in and which he is pursuing today for justice, freedom and the emancipation of oppressed peoples.

He repeatedly expressed his support of Palestinian prisoners through statements and hunger strikes.

The many statements he has made since his incarceration reflect his political positioning. They show his determination to restore Palestine’s freedom and dignity. They show his recommendations to support Palestinian prisoners, including children.

They show that while annihilating the Palestinian cause is on the agenda of imperialist forces and their reactionary regional accomplices, the Resistance continues and will continue until the collapse of the Zionist occupation. They show that we will win only if we work together.

PC: What progress has been made by the “Free Georges Abdallah” campaign? In the overly securitarian and repressive environment we know, what are your prospects for action? Is a larger-scale campaign still possible?

CLGIA: Currently, the campaign for the release of Georges Abdallah is trying to intensify and develop its action related to Georges Abdallah’s fight. Support groups, which have been active for more than 18 years, have multiplied domestically and internationally.

Yes, state violence and repression continue to strengthen and are even taking a military form under the guise of a state of emergency, which is being enshrined in the Constitution. Some comrades have already suffered from them. But we won’t give up. Especially as fighting a system which is responsible for wars and the misery of billions of human beings it is a fair and legitimate struggle.

This is why we find ourselves at a crossroads of struggles alongside those who oppose state violence whether on the streets or in working-class neighborhoods, be they political or union activists. This is how we express our solidarity with Georges’ fight. We are accustomed to saying: “He is part of our struggles and we are part of his fight!”

A larger-scale campaign for his release would be possible if progressive and pro-Palestinian forces as well as intellectuals, organizations and political parties included Georges Abdallah’s release in their activist concerns.

The aim is to reverse the balance of power so that the state has a higher price to pay if it keeps GA in prison than if it releases him.

This is why, together with our fellow campaigners, communist and libertarian activists, supporters of the struggle for the liberation of the Palestinian people, Basque activists as well as trade unionists and activists who are engaged internationally for the release of political prisoners, we will continue to use all means to demand the release of our comrade Georges Abdallah.